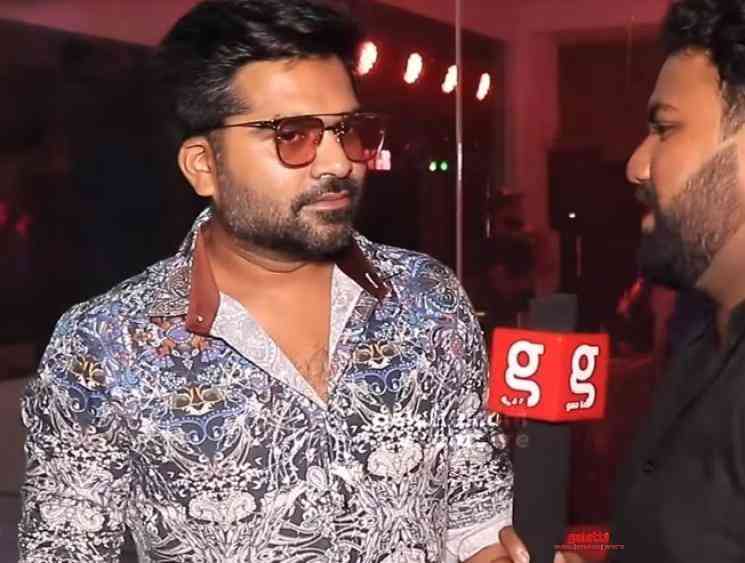 STR celebrated his 37th birthday yesterday (February 3) and it was indeed a special birthday for the VTV actor. He met his fans at 12 AM in the morning and also celebrated his birthday along with his family. On this special day, it was revealed that Simbu will play a Muslim character called Abdul Khaaliq in Venkat Prabhu’s political drama, Maanaadu. Interestingly, Abdul Khaaliq happens to be Yuvan Shankar Raja’s Muslim name and it came as a pleasant surprise. Later in the night, he hosted a special birthday party for his close friends in the industry including Harish Kalyan, Jai, and others.

Galatta Media got in touch with the birthday boy exclusively and he had a few words to share. STR said, “I play a Muslim character for the first time in my career and it feels good. I wish to be a human in the first place. I felt that I should voice for them and their problems and Maanaadu came as the right project. Fortunately, it is also Yuvan’s name and it is a privilege for me.” While asked about his fans and their support, STR got quite emotional and said, “I felt like meeting them this time and it was an emotional moment.

A school kid will get bored if he goes to school continuously and that is why there is a concept of Half Yearly holidays and Annual holidays, that will make them happy. Just like that, I also wanted a break since I have been acting since my childhood. But that wasn’t well received by a set of people who felt that I am not utilizing my opportunities. That is their point of view. But, my point of view is that I needed a small break and I wanted to take that. Despite that, the fans have always been on my side and I do not know how to repay them.

Even when Maanaadu was in the stages of getting dropped, they were beside me. They have felt bad and disappointed for me. I am very sorry for that and I apologize for putting them in that situation. They have made me what I am today and for them, I will definitely be acting in films and I will work for them.” Well, that sounds quite positive and exciting! Well, not just STR’s fans, the entire Tamil cinema audience are waiting to see Simbu back in action and let it happen in style through Maanaadu! Check out STR’s exclusive interview here (below the images):