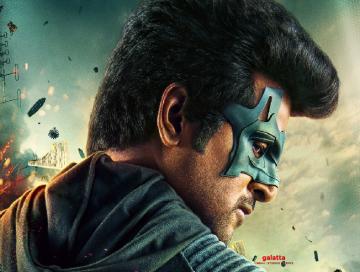 Sivakarthikeyan is riding high on the blockbuster success of his last release, Namma Veettu Pillai, directed by Pandiraj and produced by Sun Pictures. This emotional family drama recently completed its 25 days of run at the box office. Moving on to his next, it will be the action entertainer, Hero which will be hitting the screens on December 20. This film has got some really good expectations from the fans because of the freshness in the combination of SK and director PS Mithran. Hero will be Mithran's second film after the super impressive Irumbu Thirai.

Hero's star cast includes some big names like Abhay Deol, Action King Arjun, Kalyani Priyadarshan, and others. With music scored by Yuvan Shankar Raja, the film has cinematography by George C Williams and editing by Ruben. The makers have now released the much awaited teaser of this biggie and it looks extravagant and massive. The teaser has been released by Bollywood Superstar Salman Khan who shares a very good rapport with Hero's production house, KJR Studios.

The teaser is packed with some of the best moments in the film and it gives a good high for the viewers. Thanks to editor Ruben for that. Yuvan Shankar Raja's pulsating background score and George's incredible camera work lends great support. Sivakarthikeyan's screen presence is a major positive and this film is expected to showcase him in a different dimension. The teaser has been released on the official YouTube channel of Lahari Music who owns the film's audio rights. Check out the trailer of Hero here: