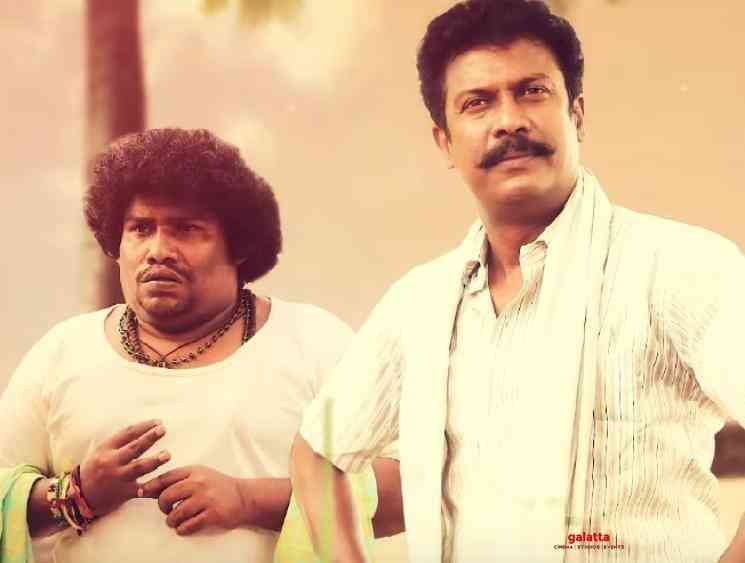 Director Subramaniam Siva who is a close friend of Dhanush and director Vetri Maaran, has made films like Thiruda Thirudi, Yogi, and Seedan. His next directorial release would be Vellai Yaanai, an interesting film starring Samuthirakani and Yogi Babu in the lead roles. Produced by S Vinod Kumar under the banner of Mini Studios, Vellai Yaanai’s star cast also includes Athmiya (female lead), E.Ramadoss, SS Stanley, Bava Chelladurai, and others. The makers have released the first single from the film and this song is called ‘Vennila’.

With music scored by Santhosh Narayanan, this song is crooned by Vijay Narain and Sangeetha Karuppiah, with lyrics penned by Uma Devi. The composition has a very rooted touch and has the feel of the 90s classic music. Santhosh Narayanan is a composer who is known for his unique compositions and this number is no exception.

The film’s cinematography is handled by Vishnu Rangasamy while Dinesh Subbarayan has taken care of the stunt department. This first single has been released on the official YouTube channel of Divo Movies who owns the film’s audio rights. Having said that, catch the Vennila song from Vellai Yaanai here (below the images):