Rashmika Mandanna reveals why she broke up with this star - check it out! 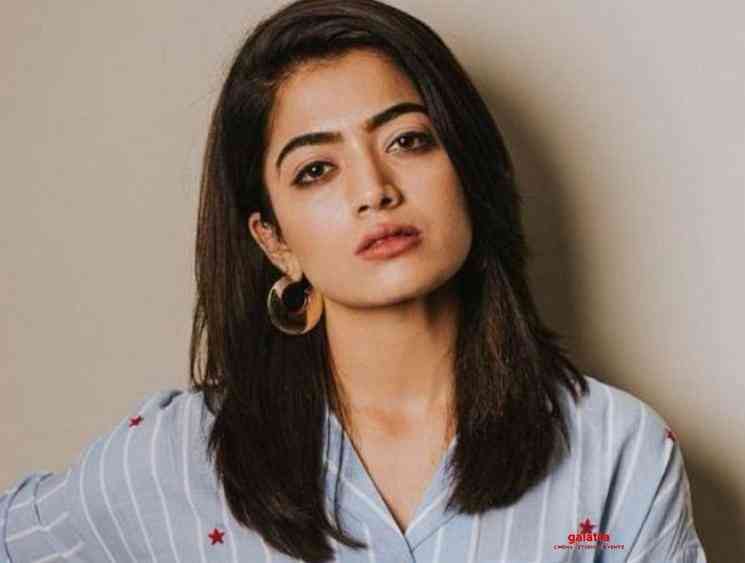 One of the most popular stars in South India right now, actress Rashmika Mandanna has become a sensation after starring in popular ventures namely Geetha Govindam and Dear Comrade in Telugu. Having made her debut in Kannada cinema opposite Rakshit Shetty in Kiritk Party, Rashmika has also become a huge name among the youth in Tamil Nadu despite not having been seen in Tamil films till date, but will be making her debut in Karthi's upcoming, Sulthan.

Rashmika, who made her debut in cinema in Kirik Party, in 2016, had in a recent interview opened up on why she had called off her marriage to her co-star Rakshit Shetty. Rashmika went on to state that she and Rakshit had fallen in love with each other, but chose to opt out of marriage in order to stabilize their respective careers in cinema. She added saying that more film offers kept coming her way and it was turning out to be difficult to find the time for marriage while also saying it would end up as a big trouble for producers if she got married while there were several projects that were already in development.

Rakshit Shetty too had during the promotions of his latest film, Avane Srimannarayana (Athade Srimannarayana in Kannada), opened up on his marriage to Rashmika getting called off saying the popular actress wanted to make it big in her career after which they both decided mutually to not settle down together. Rashmika’s upcoming films include Pogaru opposite Dhruva Sarja in Kannada, Mahesh Babu’s Sarileru Neekevvaru, Nithiin’s Bheeshma and Allu Arjun’s tentatively titled AA20 in Telugu while also set to make her debut in Tamil cinema in the Karthi starrer, Sulthan, under Remo fame Bakkiyaraj Kannan’s direction.