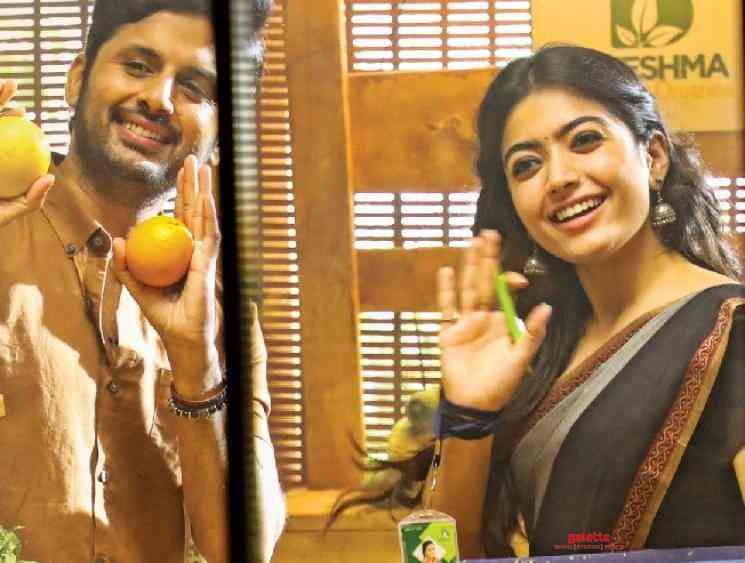 The much loved Rashmika Mandanna is gearing up for the release of her big ticket Telugu film, Sarileru Neekevvaru, starring Superstar Mahesh Babu. This action drama is directed by Anil Ravipudi and will be hitting the screens tomorrow (January 11) for Sankranti 2020. Apart from this film, she also has Bheeshma (Telugu) in which she is paired opposite actor Nithiin for the first time. The first look poster and the teaser of the film impressed the mainstream audience and the youngsters. Similarly, the first single from the film, ‘Singles Anthem’ also impressed the masses.

Following that, the makers have now officially announced the teaser release plans of the film. According to the latest update, the teaser of Bheeshma will release on January 12, coming Sunday, at 10 AM in the morning. The teaser is expected to be youthful and filled with fun, catering to the youngsters. Produced by Suryadevara Naga Vamsi under Sithara Entertainments, Bheeshma is scheduled to hit the screens on February 21, 2020.

The film is directed by Venky Kudumula, while the music and cinematography departments are handled by Mahati Swara Sagar and Sai Sriram respectively. For now, gear up to witness the teaser of Nithiin - Rashmika’s Bheeshma from January 12.