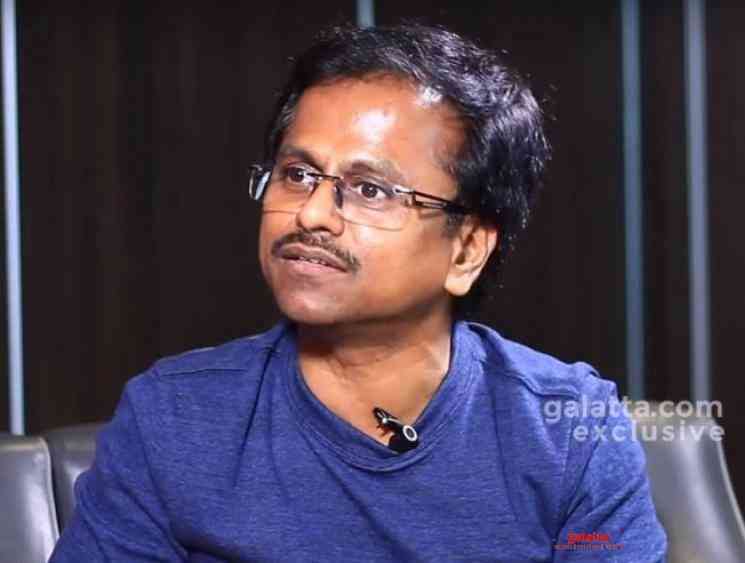 ‘Superstar’ Rajinikanth’s upcoming film, Darbar, under director A. R. Murugadoss is gearing up for a massive worldwide release on January 9, 2020 as a Pongal treat. Produced by Lyca Productions, the cop action entertainer has Nayanthara as the female lead and Bollywood actor Suniel Shetty playing the role of the antagonist with Anirudh Ravichander scoring the music for a Rajinikanth film for the second time after the blockbuster, Petta, earlier this year. With promotions for Darbar already underway, AR Murugadoss in an exclusive interview to Galatta went on to reveal many interesting details about the film while also going on to speak in length about the amount of planning that had to be taken for the fight scenes.

AR Murugadoss states, "As a filmmaker, it wasn't just my responsibility to make Rajinikanth sir act in the film. I had an additional duty of taking proper care of him. When it came to the fight scenes, Peter Hein master and stunt choreographers Ram-Laxman used to throw a lot of dust for certain shots. Everybody on the set would be wearing a mask including Rajini sir, but when it came to going for the take, he had to remove and complete it. As soon as the take was finished, my assistants would rush to him and help him with the mask since there would be a lot of dust everywhere."

Furthermore, AR Murugadoss says, "The Darbar fight scenes are all in locations that are dusty in nature and a big regret for me was the amount of trouble Rajini sir had to undergo to film those sequences. Despite the use of safety beds and all necessary precautions, he was required to do some fight scenes by himself and it made me think how careful I had to be considering age is also an important factor. I understood his energy and he could perform like a 40-year-old, but I also had to keep in mind that he isn't a 40-year-old person. There were a few occasions where Rajini sir knew the risk involved to shoot some sequences and would do it without any hesitation. But, I would know the amount of risk as well and I would constantly keep communicating with my fight masters to make sure nothing went wrong and they were highly co-operative in delivering the output we all wanted,".

Watch AR Murugadoss speak more about Darbar in the interview below: