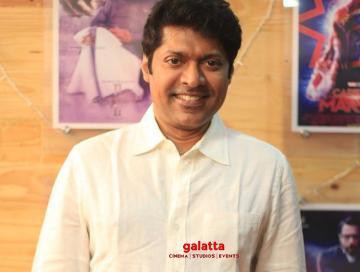 Arya's next film in Tamil cinema will be Teddy, directed by Shakti Soundar Rajan of Miruthan and Tik Tik Tik fame. This film features Sayyeshaa as the female lead, while Sathish and Bigg Boss fame Sakshi Agarwal play supporting characters. The latest update is that director Magizh Thirumeni is part of this film as an actor and he has indeed completed shooting his portions. Yes, director Shakti Soundar Rajan took to his Twitter space to share this update. 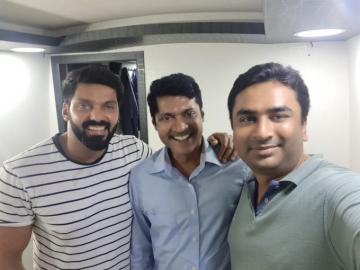 Magizh Thirumeni's last directorial venture was Thadam (Arun Vijay starrer) and the film was well received by the audience and it was a commercially successful film as well. As an actor, Magizh will now be seen through this Arya starrer. Apart from Teddy, Magizh is also acting in Vijay Sethupathi's Yaadhum Oore Yaavarum Kelir, directed by newcomer Venkata Krishna Roghanth.

After making a mark as a promising director and an impactful voice actor (dubbed for Anurag Kashyap in Imaikkaa Nodigal), it is now time for Magizh to showcase his talent as a visual actor. As for his next directorial commitments, we are told that Magizh is in the final stages of scripting and will soon come up with an announcement about the project. #MagizhThirumeni has completed shooting for #Teddy!! Happy to launch his acting debut! Watch out for him👍👍 pic.twitter.com/3Lfqi3uFuH

People looking for online information on Dinker will find this news story useful.