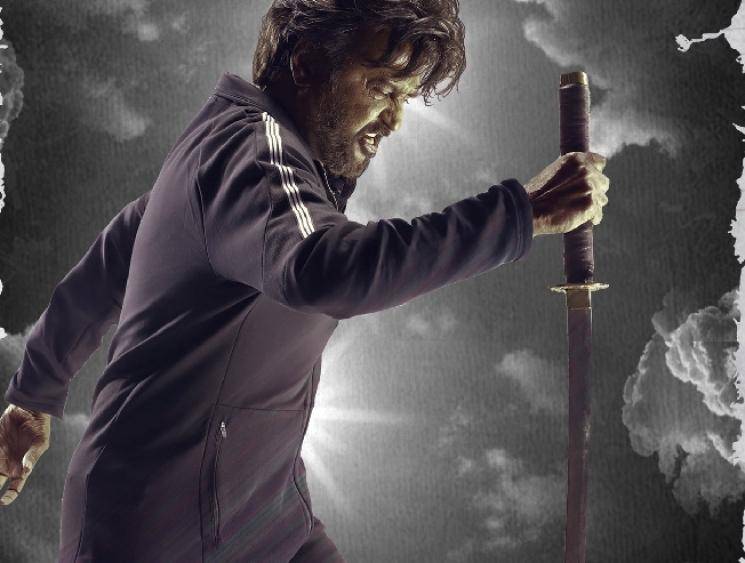 Superstar Rajinikanth’s Darbar which hit the screens on January 9, is off to a great start at the box office and the film is expected to make huge numbers. This A.R.Murugadoss directorial features Rajinikanth as a cop after a long time and the fans are enjoying the film in the theatres. However, piracy and unofficial online streaming is always a threat for any newly released film and Darbar seems to be no exception. The film was uploaded on many piracy sites including Tamilrockers and it got spread virally. Also, recently, the film was leaked on Whatsapp and an unknown person told the people of Tamil Nadu, not to watch the film in the theatres.

The entire team of Darbar were in shock after this incident and Lyca had lodged a Police Complaint on this. With no time, the team of Darbar are taken aback once again, this time for another incident. Earlier this morning, it was revealed that Darbar full movie got telecast in a local television channel (Saranya TV) based out of Madurai, Tamil Nadu. This was definitely not expected and it has indeed come as a shocker. Hearing upon this information, Lyca has once again released a new statement condemning this act and has lodged a new complaint with the Police, requesting them to take strict action against the television channel.

Despite all these odds, the film has managed to put up a great show at the box office as we see full occupancy in most of the theatres in and around the State. Considering the Pongal festive weekend, Darbar is expected to give a boosting start to this year’s box office. Let us hope for a positive result in this controversy and let the film run successfully in the theatres. Check out Lyca Productions’ complaint copy below: 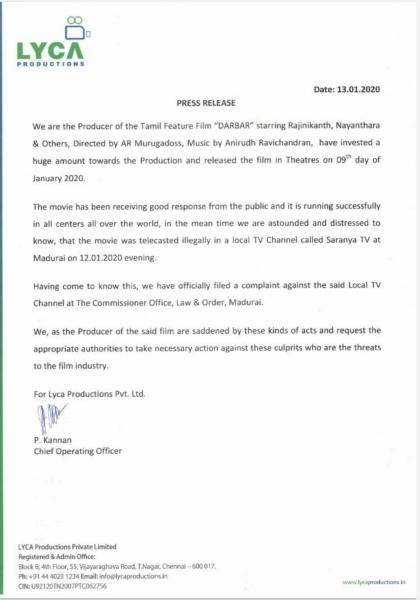