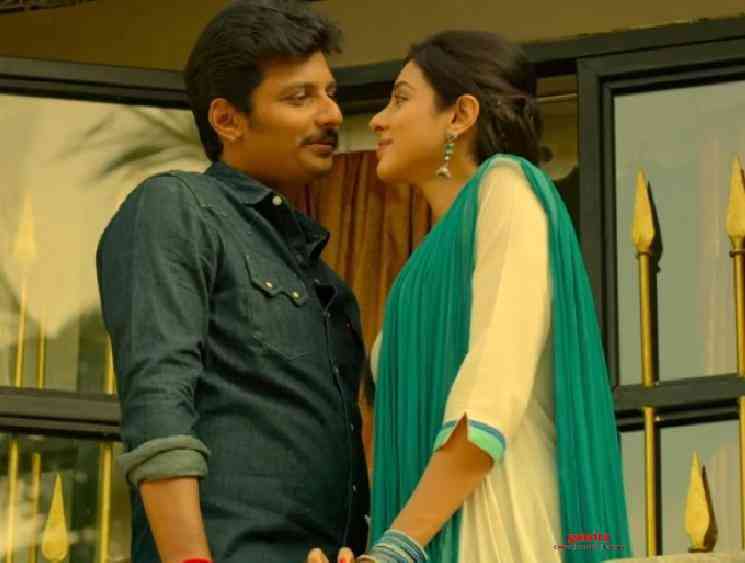 Jiiva’s next release in Kollywood will be Seeru, directed by Rathina Shiva of Rekka fame. This commercial potboiler is produced by Ishari K Ganesh’s Vels Film International, which has tasted success with films like LKG and Comali. Featuring Riya Suman, Puppy fame Varun, Navdeep, Sathish and Joker fame Gayathri Krishnaa in the star cast, Seeru is scheduled to hit the screens on February 7. The makers have now released the second song from the film and it is called ‘Vaa Vasuki’, composed by D Imman.

Ace singer Shankar Mahadevan’s younger son, Shivam Mahadevan makes his debut as a playback singer through this interesting number. Shivam garners attention with his beautiful rendition and he has made a very good debut. The song’s lyrics have been penned by Viveka. As a pleasant surprise, the makers have released the full video song featuring Jiiva and Riya Suman.

The video song captures the candid romantic moments between the lead pair and it looks pleasing. The video has the potential to go viral on social media, especially among the youngsters. The first single from the film, ‘Sevvanthiye’ was a chartbuster hit which was crooned by the Internet sensation, Thirumoorthy. For now, it is time for us to listen to ‘Vaa Vasuki’ song from Seeru. Check it out here (below the images):