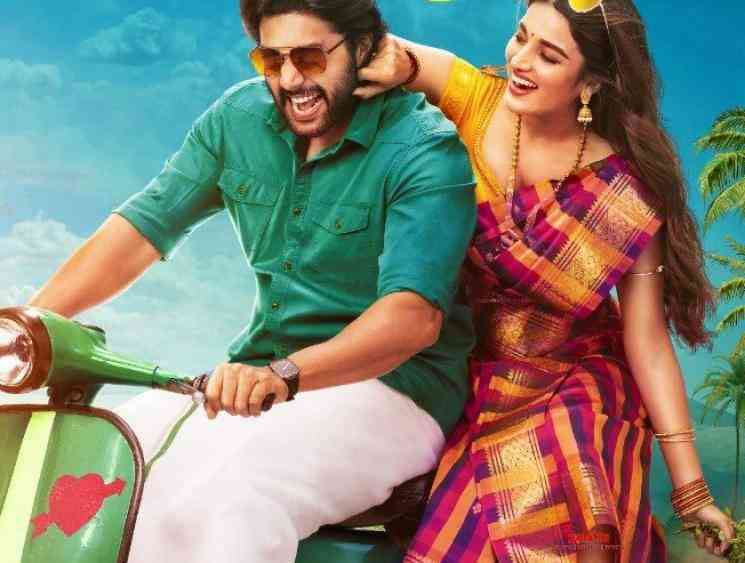 Jayam Ravi is at the peak of his career with three back to back hits in the form of Tik Tik Tik, Adanga Maru and the recent blockbuster Comali. His next release would be Bhoomi, directed by Lakshman who has already made Romeo Juliet and Bogan with Ravi. Bhoomi will be Jayam Ravi’s 25th film and the talented actor will be looking forward to continuing the success streak. Produced by Ravi’s mother-in-law, Sujatha Vijaykumar under Home Movie Makers, the film has music by D Imman. The makers have now officially released the second look poster and it looks colourful.

The poster introduces us to the film’s leading lady, Nidhhi Agerwal and the pairing looks quite fresh and interesting. As a pleasant surprise, the makers have officially announced the film’s release date through the second look poster. Yes, Bhoomi will be hitting the screens on May 1 as a Summer treat for the fans. The film’s premise is expected to revolve around farmers and if things are put together neatly, the success of the film is assured.

Apart from Bhoomi, Jayam Ravi also has the mega biggie Ponniyin Selvan, directed by Mani Ratnam and Jana Gana Mana (unofficial) directed by Ahmed of Endrendrum Punnagai fame. For now, get ready to witness JR 25 - Bhoomi from May 1!