Popular music director and actor Hiphop Tamizha Adhi's official YouTube channel has been hacked and all the videos from the channel have been removed. Details regarding the cause of the hack are yet to be known. The channel's name has now been changed to Algorand Social News. This incident has come as a shocker for the fans and members of the film industry and it has also created a sensational buzz on social media. Hiphop Tamizha Adhi and his team are said to be working with YouTube to retrieve the channel and their old videos soon. However, an official update regarding the same is awaited. Hiphop Tamizha's independent music tracks and documentaries were uploaded in that channel and it had a very good viewership.

It is unfortunate that those videos are now not available and let us hope to hear good news soon. The channel has 2.08 million subscribers. On the acting front, Hiphop Tamizha's next release will be Sivakumarin Sabadham which is fully complete and ready for release. Once the theatres reopen, the film will be released and it is expected to be a fun-filled entertainer that will attract the youth. Sivakumarin Sabadham is directed by Hiphop Tamizha Adhi and this is his second directorial after Meesaiya Murukku. The film is produced by Hiphop Tamizha's Indie Rebels in association with Sathya Jyothi Films. Triples web series fame Madhuri will be playing the female lead in the film.

Hiphop Tamizha's other film in the lineup is Anbarivu which is directed by debutant Aswin Raam. Anbarivu is touted to be a rural family entertainer that will appeal to the family audiences. The film features Sivappu Manjal Pachai fame Kashmira Pardeshi and Shivani Rajashekar as the female leads, while Napoleon, Vidaarth, Saikumar, Asha Sharath, KPY Dheena, Marimuthu play supporting roles. Anbarivu is produced by Sathya Jyothi Films. 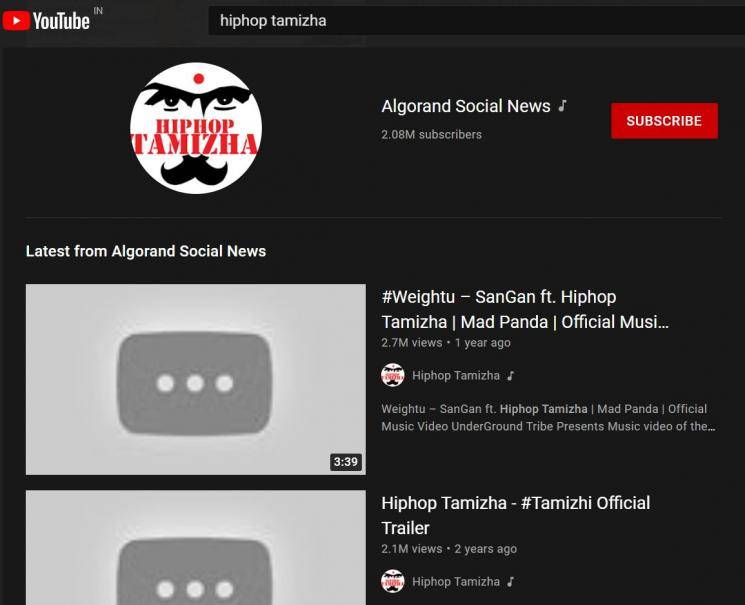 Anirudh Ravichander lends his voice for a song in Rajamouli's RRR!