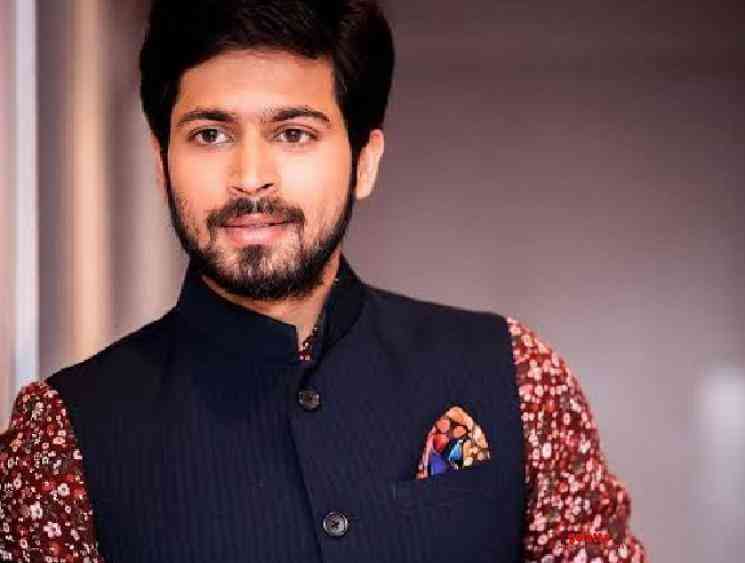 Harish Kalyan seems to be a busy star indeed! He is right now shooting for the Tamil remake of Pelli Choopulu, co-starring Priya Bhavanishankar. This romantic drama is directed by debutant Karthik Sundar, a former associate of director Vijay. Meanwhile, there have been some interesting developments on his new project. As we had already reported, Harish Kalyan will be teaming up with acclaimed director Sasi of Poo, Pichaikkaran, and Sivappu Manjal Pachai fame for a new film. The makers have now made a new casting call announcement for the female lead character. 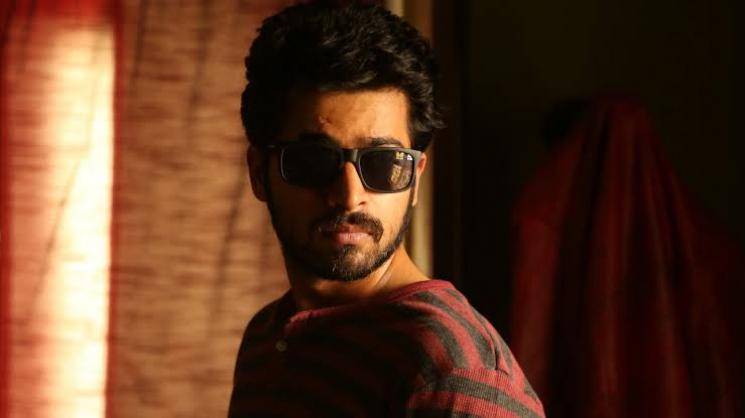 It looks like director Sasi wants a new face to play the film’s leading lady and this casting call will prove useful for budding female actors. The last date for applying has been announced as February 10. Interested actors have been requested to submit their latest pictures and a 1-minute video clip to the mail id - nkvcasting@gmail.com.

Sasi is a director who is known for writing strong women characters in his films and in fact, Sivappu Manjal Pachai’s story was built around the female lead (played by Lijomol Jose) character. This untitled film will be produced by Balaji Kappa’s Madhav Media (who previously produced Ispade Rajavum Idhaya Raniyum), in association with AA Production. 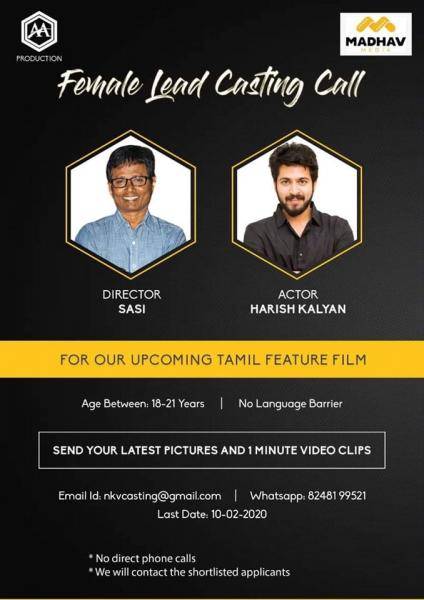