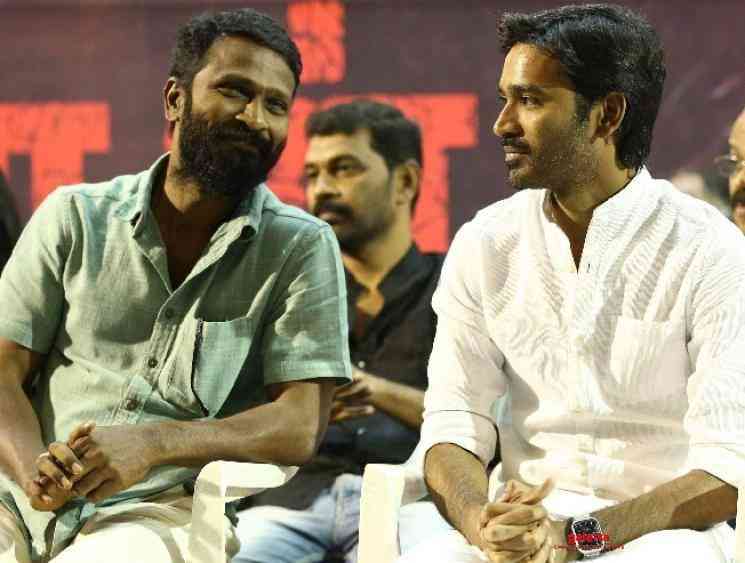 Director Vetri Maaran is an inevitable name in the list of Tamil cinema’s top directors and he has earned a fan following for his intense style of filmmaking. The acclaimed director delivered a blockbuster success through his last film, Asuran, which recently completed its 100 days of run at the box office. He shares a beautiful friendship with actor Dhanush and the duo, together have delivered 4 contrastingly different yet wonderful films (Polladhavan, Aadukalam, Vada Chennai, Asuran) in Tamil cinema.

Meanwhile, the blockbuster combo’s first film, Polladhavan is being remade in Hindi and the first look poster of this new film has been officially released. Yes, this Hindi remake has been titled as Guns of Banaras and it features Karan Nath playing the lead, reprising Dhanush’s character. The film’s cast includes Nathalia Kaur, Abhimanyu Singh, Ganesh Venkataraman, Shilpa Shirodkar, Zarina Wahab, Mohan Agashe, Tej Sapru, and others. The first look poster looks raw and we see a very energetic Karan Nath and we will have to see if the rawness is retained in the remake.

Guns of Banaras is directed by Shekkhar Suri and produced by Ashok Manshi and Shaina Nath Taldar. Despite having completed years back, the film has been inside the box due to various delays in the production. It looks like all the problems have been sorted out and we can expect a smooth release. Guns of Banaras is scheduled to hit the screens on February 28, 2020. Apart from this Hindi remake, Polladhavan has already been remade in Telugu as Kurradu and in Kannada as Punda. Check out the first look poster here: