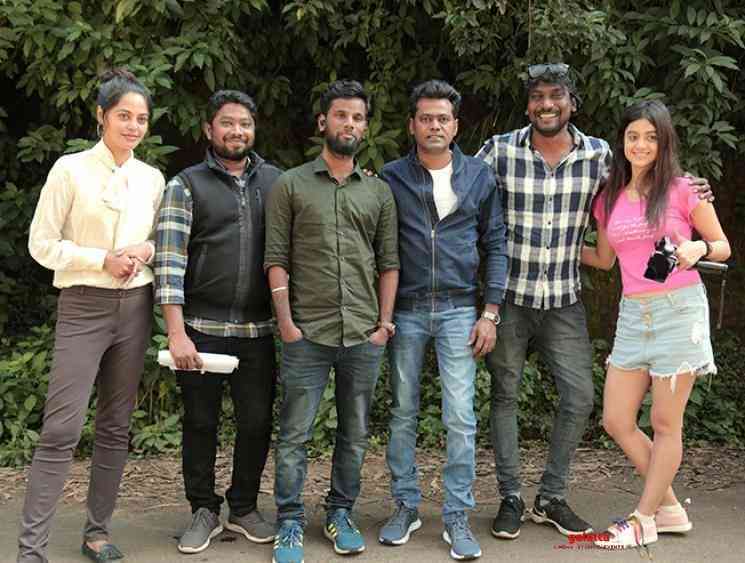 It looks like filmmaker Ranjit Jeyakodi will be soon acknowledged as the most eligible recipient of the title ‘Master of Quickies’. With perfect planning and execution, the shooting of his forthcoming film produced by Third Eye Entertainment has been wrapped up successfully amidst heavy climatic challenges. “All credit goes to the entire team and if even a single individual had missed to extend their contributions, this would have not been possible. The 30-day schedule was completely challenging for we had to shoot across the extremely cold climatic conditions in and around Ooty,” says Ranjit Jeyakodi.

He continues to add, “Half the way of shoot, I started doubting if the artistes, especially Bindu Madhavi and Darshana Banik would be able to cooperate for the climatic issues were completely unbearable. I was really surprised to see their dedication. I must also appreciate the cinematographer Kavin Raj and his team for being so much supportive in letting the entire shoot proceed smoothly. There were lots of challenges to be faced, which include ‘Lighting’. Overall, it’s due to the complete cooperation and coordination of Production team, nothing seemed like a hurdle and we could wrap up the shoot as planned on time.” With the shooting wrapped up, the post-production work is now happening on full swing, the makers will be soon making announcements pertaining to the first look. Tentatively titled as “Production No.1”, the film revolves around the turbulent incidents that happen when two sisters (played by Bindu Madhavi and Darshana Banik) travel to their native land to sell an ancestral property.