Vanitha posts her son's photograph for the first ever time - fans surprised! 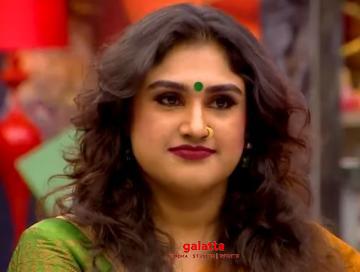 Actress Vanitha Vijayakumar went on to make a splash when she appeared on the third edition of the smash hit Tamil reality TV show, Bigg Boss, a few months back. Prior to appearance on Bigg Boss 3, Vanitha was already a mighty controversial name among the people of Tamil Nadu considering her relationship with her family members has been highly debated.

All set to make her television debut in the upcoming show, Chandralekha, which incidentally was the title of her first film, opposite actor Vijay 24 years back in 1995, Vanitha has now for the first time ever posted a photograph of her son, Vijay Srihari, on her Twitter page while going on to state he resembles her father, veteran actor Vijayakumar. Vijay Srihari is Vanitha's eldest son and was born to her and actor Akash, with whom she had another child, Jovika, after which the couple had divorced. She also had another daughter named Jaynitha from her second marriage to Anandaraj, whom she divorced as well a few years back. Vanitha was evicted twice on Bigg Boss 3 and became a mighty popular name for her views and the manner in which she expressed them. Check out the tweet and her son's picture she posted on Twitter below: