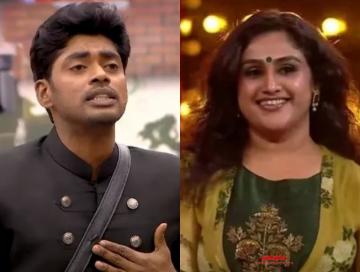 The second promo for tonight’s episode of Bigg Boss 3 is out and shows host Kamal Haasan in conversation with Sandy in the presence of the other three finalists - Mugen Rao, Losliya Mariyanesan and Sherin Shringar. During their interaction, Sandy expresses his desire to enact how any individual who is judged as the winner of Bigg Boss, would eventually react. He goes on to imitate former Bigg Boss 3 contestant, Vanitha Vijayakumar, and impersonates many of the classic phrases she used during her iconic moments in the show. We hear Sandy speaking like Vanitha saying her memorable statements such as, “I don’t usually shout to express my opinion”, “I have never fought here till date”, “I’m like a symbol of peace and the other name of peace is Vanitha,”. This leads to a huge cheer frrom the audience while also leaving Bigg Boss host Kamal Haasan smiling along with the rest of the housemates. With tomorrow (October 6) being the Bigg Boss 3 finals, all eyes are now focused on who will be emerging as the winner of this year's edition. Sandy, who has been an integral part of the show so far, is also one of the fan favorites to take home the Bigg Boss 3 title, as he has been the big relief for many viewers who find his antics and responses as quite humorous to the situations prevailing in the house. 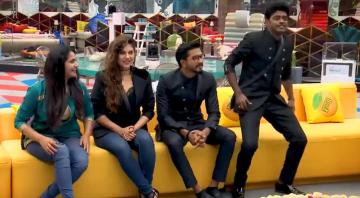 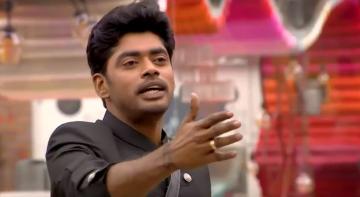 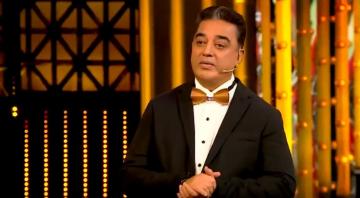 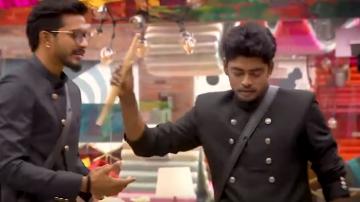 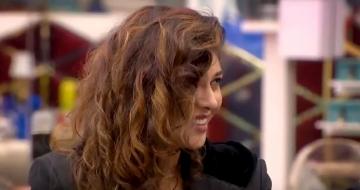 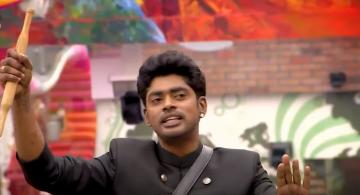 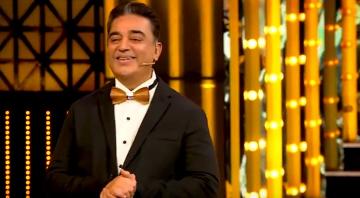