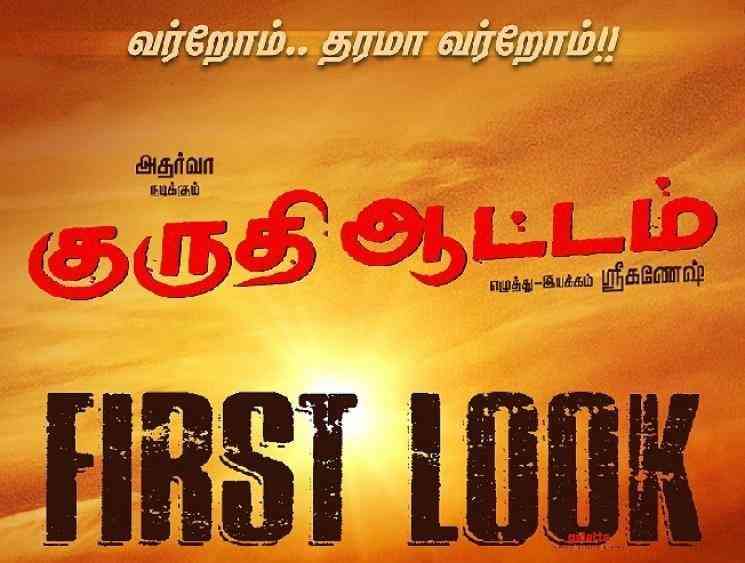 Director Sri Ganesh garnered attention through his debut film, 8 Thottakkal that earned critical acclaim and positive response from the Tamil cinema audience. The film was appreciated for the strong content and top class performance from M.S.Bhaskar. Following the success of that film, Sri Ganesh was announced to join hands with Atharvaa for his second directorial and this film was titled as Kuruthi Aattam. The film has been in the making for quite some time and it has been a while since we heard an update from the crew.

Having said that, the makers have finally come up with an announcement that looks positive and exciting. The first look poster of Kuruthi Aattam will be released tomorrow (January 14) on social media. The announcement was made by Sri Ganesh, a few hours ago, and it looks like we are going to witness a raw and intense first look poster.

Produced by T.Muruganantham’s Rockfort Entertainment in association with Big Print Pictures, the film has music by Yuvan Shankar Raja. The much loved Priya Bhavanishankar will be seen as the female lead, while the supporting cast includes veterans like Radikaa Sarathkumar and Radharavi. Having made a promising debut through 8 Thottakkal, expectations on Sri Ganesh is high among Tamil cinema audiences and we have to wait for few more months to know if those expectations are fulfilled. 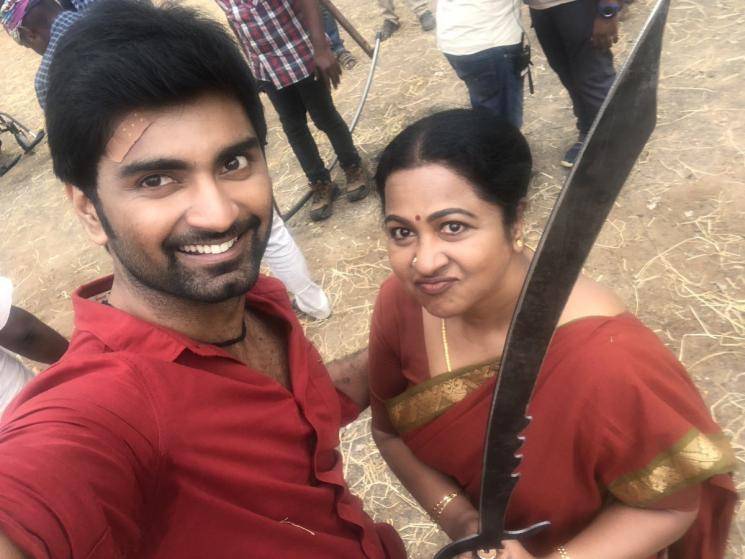