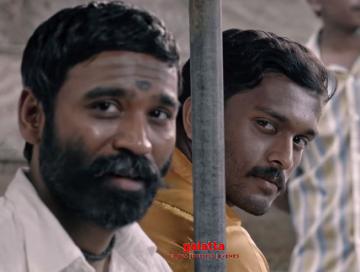 Director Vetrimaaran and Dhanush tasted massive success with their latest film, Asuran, which came out in theatres worldwide this October. The period action drama is the fourth occasion the duo teamed up after joining hands in 2007 for the blockbuster, Pollathavan, and followed it up with Aadukalam in 2011 and then teamed up last year once again for Vada Chennai, which as well went on to become a smash success.

Both Vetrimaaran and Dhanush had won National Awards for Best Direction and Best Actor in 2011 for their film, Aadukalam, and are now basking in the glory of their Asuran, produced by Kalaipuli S. Thanu’s V Creations, which has chart-buster music by G. V. Prakash Kumar. Promotions for the film are being carried out at a consistent pace even now by the makers, who have released the much-awaited ‘Yen Minukki’ video song featured on Dhanush, Manju Warrier, Pasupathi, Teejay and Ken Karunas.

‘Yen Minukki’ sung by Teejay Arunasalam and Chinmayi has gone on to become a huge hit with many declaring it as one of the best Tamil songs of 2019. Asuran is an adaptation of the acclaimed Tamil writer, Poomani’s Vekkai novel, and also includes Balaji Sakthivel, Ammu Abhirami, Prakash Raj, Pawan, A. Venkatesh among others in supporting roles.