Big Breaking: Know what is the title of Arun Vijay's next action thriller? Read here! 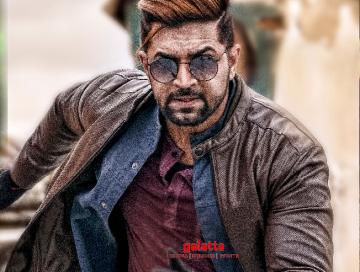 Arun Vijay is right now at the peak of his career with his last four direct Tamil films (Thadam, Chekka Chivantha Vaanam, Kuttram 23, and Yennai Arindhaal) turning out to be super hit ventures at the box office and earning him good name among the audience. The talented actor was recently announced to team up with his Kuttram 23 director Arivazhagan for a new film. This untitled film was officially launched last week and the project was tentatively called #AV31.

Regina Cassandra plays the female lead in this spy action thriller that is produced by All In Pictures, who produced films like Rum and Gorilla (Jiiva starrer). A source in the know inform us that this film, AV31 is titled as Zindabaad (or Zindabad). Yes, it looks like this Arun Vijay starrer will be called Zindabaad and an official word on this is awaited. Zindabaad is a suffix in Hindustani which means “Long Live”.

On the technical front, the film has music by Sam CS, cinematography by B Rajasekar, and editing by Sabu Joseph. Apart from this film, Arun Vijay also has Mafia (with Prasanna and Priya Bhavanishankar), Agni Siragugal (also starring Vijay Antony), Sinam and Boxer, which are in various stages of production. Happening days ahead for the CCV star!