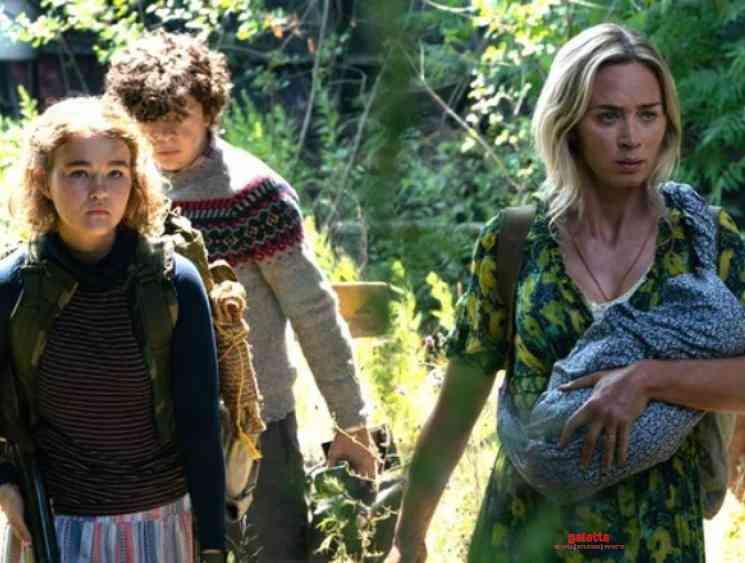 Horror films have a huge fan following of their own and 2018's A Quiet Place, starring John Krasinski and Emily Blunt in lead roles went on to become a smash success. John Krasinski, who also served as the director and on the additional screenwriting front for A Quiet Place, is now back to directing the sequel titled, A Quiet Place Part II, with Emily Blunt reprising her role as Evelyn Abbott alongside Millicent Simmonds and Noah Jupe, who as well are returning to their roles. Cillian Murphy and Djimon Hounsou have come on board as new cast members on the film produced jointly by Platinum Dunes and Sunday Night Productions and, is being distributed by Paramount Pictures. Announced to come out in theatres on March 20, 2020, Paramount Pictures has now released the much-awaited A Quiet Place Part II trailer.

A Quiet Place released in 2018 went on to become a surprise runaway box office success raking in over $340 million in worldwide box office collections after being made at an estimated $21 million budget. The film landed an Oscar nomination for Best Sound Editing, but went on to win several other notable accolades.

Apart from the trailer for A Quiet Place Part II, Paramount Pictures has also released an official synopsis for the film, which is as follows: "Following the deadly events at home, the Abbott family must now face the terrors of the outside world as they continue their fight for survival in silence. Forced to venture into the unknown, they quickly realize that the creatures that hunt by sound are not the only threats that lurk beyond the sand path."

Below is the A Quiet Place Part II trailer: