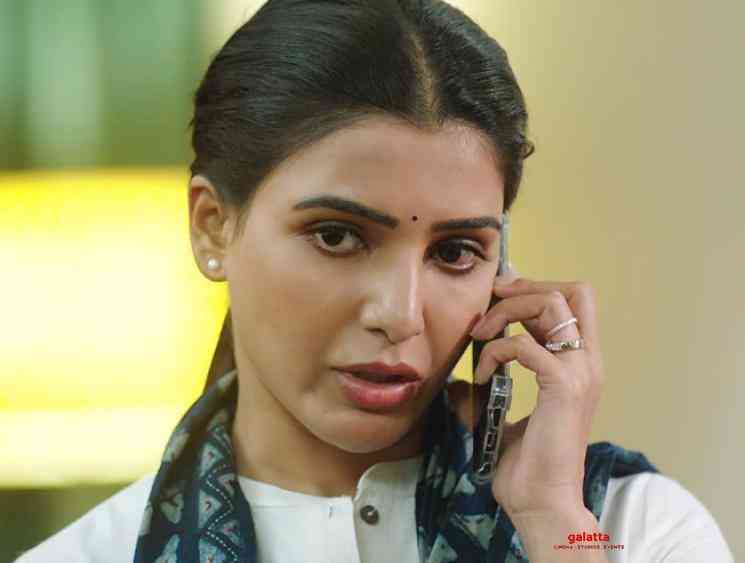 Vijay Sethupathi and Trisha starrer 96 was a blockbuster hit that also managed to satisfy the masses and ardent film buffs. For the beautiful characterisation and top class performances, Ram and Jaanu became a memorable duo in Tamil cinema’s history. Prem Kumar’s confined writing and Govind Vasantha’s soul stirring music together created a beautiful experience for the audience in the theatres. It is a known fact that 96 is being remade in Telugu with Sharwanand and Samantha Akkineni reprising the lead roles. Director Prem Kumar was retained to helm this Telugu remake.

Recently, the film was announced to be titled as Jaanu along with the release of the first look poster. Following that, the highly anticipated teaser of the film has now been officially released and it is all set to take the social media by storm. Sharwanand and Samantha look good together and their emotions are felt through this glimpse. Like the original, Govind Vasantha makes no mistake with the background score of this version as well. His music becomes the soul of the teaser and it breathes life.

Chinmayi, who lent her voice for Trisha in 96, has dubbed for Samantha in Jaanu and it looks like the magic is going to repeat again. Though we don’t feel the complete magic that we felt in 96, still, Jaanu’s teaser manages to impact you. Produced by Dil Raju under Sri Venkateswara Creations, Jaanu has cinematography by Mahendran Jayaraju and editing by Praveen K.L. If you haven’t checked out the teaser yet, catch it here (below the images):