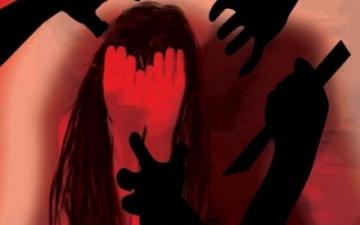 A 15-year-old girl, who had stepped out into the backyard of her house in Nagapattinam to attend to nature's call, was waylaid, raped and murdered by a cab driver, who reportedly was a neighbour. The accused reportedly even stood around the victim's house, offering to help along with the other residents of the village in the melee that ensued after the crime was discovered. According to sources, the victim was a class 10 student of a government higher secondary school in Sirkazhi, Nagapattinam. On Saturday night close to 7, she went out to the back yard to relieve herself. According to the family, she did take longer than usual to return, but they thought nothing of it. In a while, the family heard the girl scream and rushed out to her aid. They found her in the compound with injuries to her face and neck. She was rushed to the government hospital in Sirkazhi where she was declared brought dead. On information, a team of policemen from Thiruvenkadu station, headed by Sirkazhi DSP Vanthana, rushed to the spot and began an investigation. During their inquiries, their suspicion fell on a neighbour identified as K Kalyanasundaram (30), who was a cab driver. The man reportedly showed avid interest in the developments and seemed suspiciously familiar to the happenings. During inquiries, he contradicted himself several times. Inquiries also revealed that he had been stalking the girl for a while, though she had repeatedly rebuffed him. Kalyanasundaram was arrested On Sunday night and remanded to judicial custody. He has been booked under various IPC sections including the POCSO Act