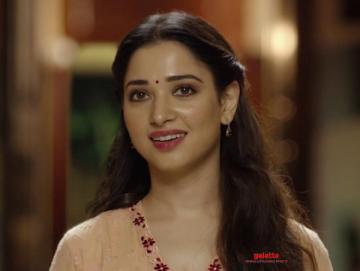 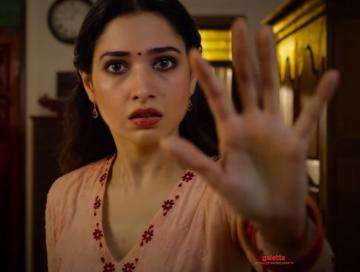 Tamannaah was last seen in the horror comedy Devi 2, directed by Vijay and starring Prabhu Deva. Her next release in Tamil would be Petromax, which is the official remake of the Telugu film, Anando Brahma, that starred Taapsee Pannu in the lead role. Directed by Rohin Venkatesan of Adhe Kangal fame, this film has music composed by Ghibran. The makers have now released the theatrical trailer of this film and it looks quite interesting. From the trailer, it looks like Petromax will be a mainstream horror comedy that will satisfy the masses. The trailer has spoof of the iconic Singam dialogue and a few references of Thalapathy Vijay.

The trailer has got a positive reception from the audience so far. This promo video has been released on the official YouTube channel of Think Music who owns the film's audio rights. The first single from the film, 'Malarudhu Pudhu Naale', was released recently on digital media platforms and it is now time for the trailer to take over the buzz on social media.

Comedy sensation Yogi Babu will be seen in a very important role in Petromax that is shot by Dani Raymond and cut by Leo John Paul. Bankrolled by A Kumar for Eagle's Eye Production, this horror comedy is scheduled to release on October 11. For now, check out the trailer of Petromax featuring Tamannaah: