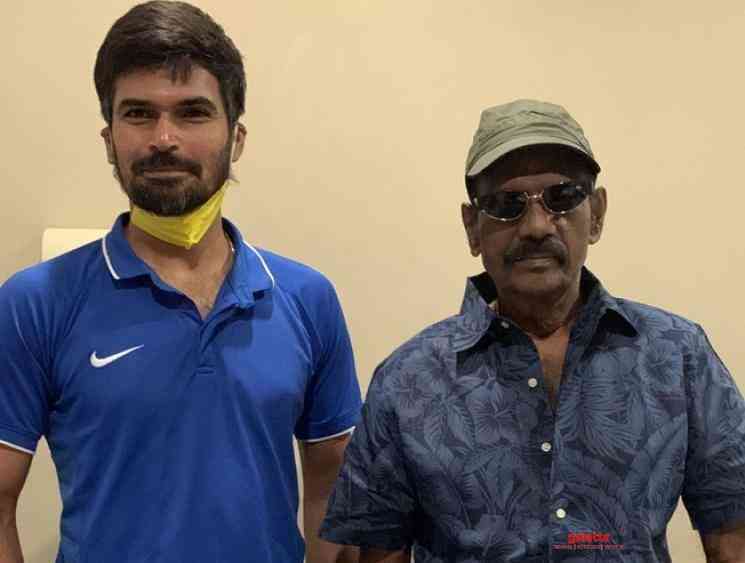 Not many know who Subramaniyan Karuppaiya is? But there is not a single person in Tamil Nadu who doesn’t know his stage name Goundamani. He was called Goundamani after acting as a Gounder in one of his early day dramas and the pseudonym stuck with him forever. The legendary comedian has entertained all of us for well over 4 decades. Though he has not been active for the past 20 years, his old works take the front seat in comedy TV channels even today. He is known for his comic duo partnership in Tamil films with fellow actor Senthil. He has the ability to give counter dialogues on the spot, on-screen as well as off the screen. He has acted in over 310 films.

Goundamani is legend most of us would wish to meet and click a photo with, the same applies to the celebrities who have not met him before. There are several film stars who are still eager to meet Goundamani. Today, former CSK and Indian national team cricketer Subramaniam Badrinath ran him during a visit to the dentist. He took to his Twitter space to share the priceless photo alongwith a classic Goundamani dialogue. “When A visit to the dentist turned out more than nice  met the legendary Tamil comedian #Goundamani ‘அரசியல்ல இதெல்லாம சாதாரணம் அப்பா ‘ #comedy #Actor #cricketer” 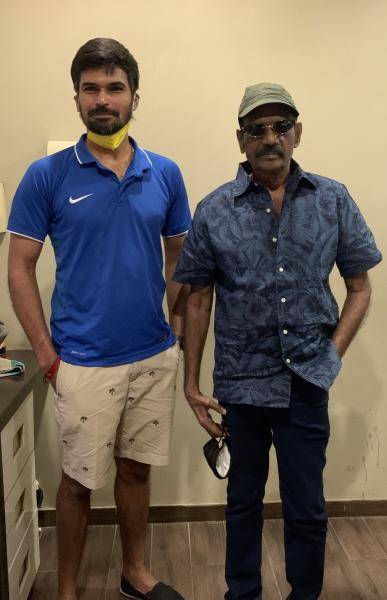 Soori shares rare video with Goundamani - check it out! 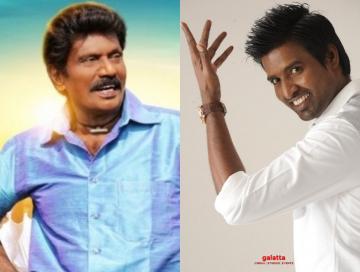 Popular comedian Soori became a household name after starring in director Suseenthiran’s smash hit 2009 film, Vennila Kabadi Kuzhu, alongside Vishnu Vishal. The scene where he takes on a parotta eating challenge eventually earned him the nickname, ‘Parotta’ Soori and continues to be his most memorable role till date. Since then, Soori has gone on to star alongside some of the biggest superstars in Tamil cinema while also excelling as a performer in several films including last year’s blockbuster, Kadaikutty Singam, starring Karthi, in which he excelled a performer as well as proving his skills yet again in comedy. That said, Soori had earlier today taken to his Twitter page to share a short video clipping from director Sundar. C’s 2001 hit, Kannan Varuvan, that had Karthik, Manthra and Divya Unni in the lead roles. In the video, we see Soori with Tamil cinema comedy legend Goundamani, which he has now revealed is his first ever speaking role. Check out the video in the tweet below: 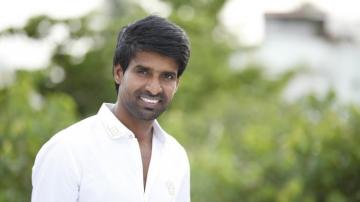 As for his upcoming projects, Soori will next be seen in the highly anticipated Sivakarthikeyan starrer, Namma Veettu Pillai, hitting screens on September 27 followed by ‘Makkal Selvan’ Vijay Sethupathi’s commercial action entertainer, Sanga Thamizhan, coming out in theatres in October. The actor had also a while back announced that he would be making his debut as a hero in National Award-winning director Vetrimaaran's next film, which will most likely roll into production later this year or early 2020. 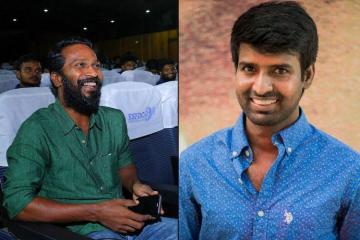 WOW: Goundamani and Santhanam together for this director's next? - official word! 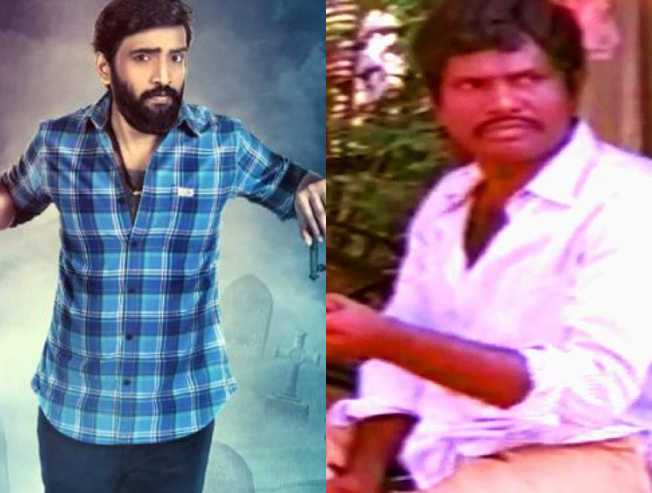 Director R Kannan's last release was Boomerang, starring Atharvaa and Megha Akash in the lead roles. He is currently busy with the pre-production works of his next film. In one of his recent interviews to a popular media channel, Kannan revealed that his next directorial will be with Santhanam. The comedian turned actor is riding high on the box office success of his last release, Dhillukku Dhuddu 2.

The latest update we have got from our sources is that the director has approached legendary comedian Goundamani to act in the film. It is said that the makers have requested him to play Santhanam's father in the film, a role that would have both, humour and strong emotions. However, it is added that the plans are in very nascent stages and Goundamani has not yet signed on the dotted lines.

He has been out of action for the past few months due to his personal commitments and we will have to wait for a few more days to know if this will happen. But, one thing for sure, it will definitely be exciting to see two superstar comedians, Goundamani, and Santhanam together in one film. 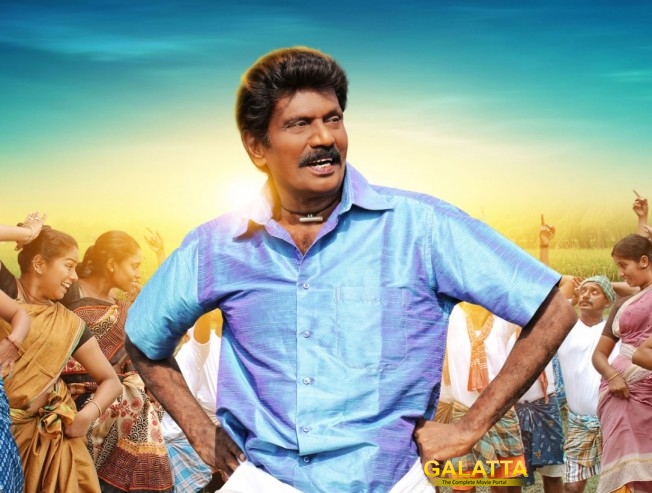 The sheer number of movies Goundamani had done throughout his decades of cinema career is pretty huge and it just wouldn’t end.

Be it sarcastic mockery or criticism on people’s attitude, there’s no better man than Goundamani to bring it all out with his amazing one liners.

“Arasiyal la ithellamsatharanamappa” is one legendary line that trends on social media today even though the movie released more than two decades ago. His movie dialogs and music are ring tones. Goundamani needs no introduction. The actor turns 77 today on the occasion of his birthday. 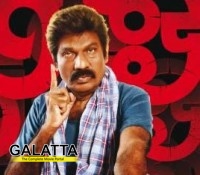 Evergreen comedy star, Goundamani who is back for a good cause with the film 49 O has impressed the audience with his energetic performance. Directed by newcomer P. Arokkiyadoss, the the film is a political satire based on the plight of the farmers in a village. 49 O is a very bold attempt in that genre. Despite being a rural story, the film has grabbed the attention of the urban audience as well.

Director Arokkiyadoss has put forward an issue that is worthy of debate, for which the film has garnered positive response from critics. Produced by Dr. Sivabalan, the film's music has been composed by K along with the lyrics penned by Yugabarathy. To know more about the film, check out the review section of Galatta.com!

Santhanam and Goundamani together? 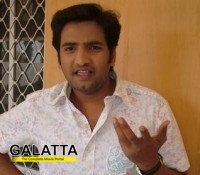 Santhanam in a recent interview said that his entry into the industry is because of veteran Goundamani, who has been his inspiration. The comedian expressed his interest to act in a film with ace comedian Goundamani, sometime soon.