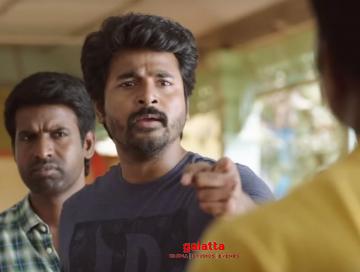 Actor Sivakarthikeyan is a happy man these days after his last film, Namma Veettu Pillai, went on to become a box office success. Produced by esteemed banner, Sun Pictures, the rural family drama film directed by Kadaikutty Singam fame Pandiraj became a critical hit as well. The film is Sun Pictures’ sixth production venture and also the second occasion Sivakarthikeyan and director Pandiraj have teamed up after their Marina in 2012. Released in theatres worldwide on September 27, fans have been showering praises for the screenplay that holds several twists and turns, the performances of the entire cast and the music composed by D. Imman. With the film now out on the Sun NXT digital platform, an emotional scene from Namma Veettu Pillai is now out that shows Sivakarthikeyan defending his sister played by Aishwarya Rajesh.

Check out the Namma Veettu Pillai emotional scene below: 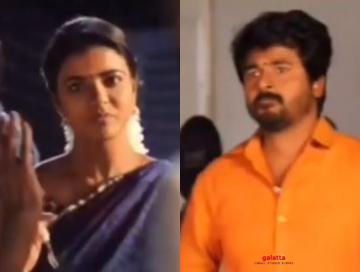 Reputed production banner Sun Pictures’ next big project gearing up for a release is the upcoming Sivakarthikeyan starrer, Namma Veettu Pillai, under director Pandiraj with music by D. Imman. With the film being planned for a September 27 release, Sun Pictures will be hopeful of emulating a similar kind of success as their previous ventures, Vijay’s Sarkar and Rajinikanth’s Petta. A rural family entertainer, the makers have now released the Namma Veettu Pillai photoshoot making video, which shows the lead stars Sivakarthikeyan, Aishwarya Rajesh and Anu Emmanuel posing along with the rest of the ensemble cast taking turns for a photoshoot session. 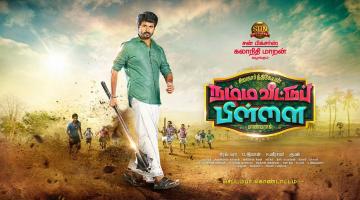 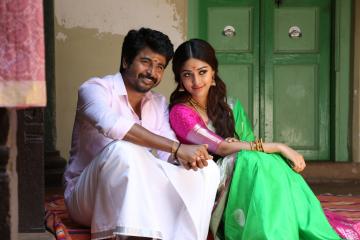 Namma Veettu Pillai includes a huge star cast among whom are actresses Anu Emmanuel as the lead heroine and Aishwarya Rajesh as Sivakarthikeyan’s sister alongside veteran filmmaker Bharathiraja, Samuthirakani, cinematographer turned actor Natarajan Subramaniam, RK Suresh, comedians Yogi Babu and Soori in vital roles. Bigg Boss 3 fame Meera Mitun too has been confirmed to make a special appearance in the film, which has music by D. Imman, cinematography by Nirav Shah and editing by Ruben. 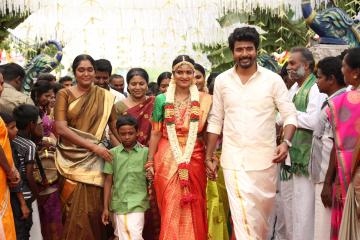 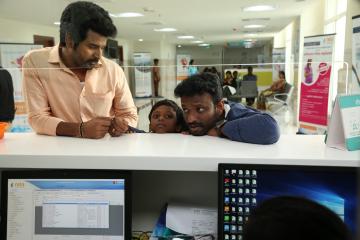