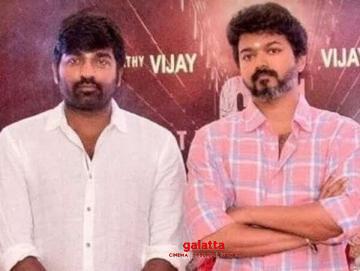 Thalapathy Vijay's Bigil is doing a phenomenal job at the box office becoming one of the all-time highest grosser in Tamil Cinema. Vijay and Atlee have been receiving praise from all-around for their work and unique attempt. With yet another blockbuster in his pocket, Vijay began his next biggie with director Lokesh Kanagaraj who also tasted success this Diwali with his film Kaithi.

Tentatively called Thalapathy 64, the Lokesh Kanagaraj film is produced by Xavier Britto under the banner of XB Film Creators. The film's music is composed by Anirudh Ravichander, while cinematography and editing are performed by Sathyan Sooryan and Philomin Raj respectively.


Thalapathy 64 has a star-studded cast that includes Vijay Sethupathi, Antony Varghese, Shanthanu Bhagyaraj, Malavika Mohanan, Sriman, Sanjeev and many other. Recently, there were reports that the 96 fame Gouri Kishan will also playing an important in Thalapathy 64. And now, the young actress herself has made it official and revealed that she is indeed a part of Thalapathy 64. Gouri Kishan became a favourite for many with her show-stealing performance in her debut hit film 96 and the young talent has now bagged the huge opportunity to work alongside big names like Vijay and Vijay Sethupathi. All the very best little charming Gouri Kishan!