Thalaivar 168: Top actor to act with Rajinikanth after 20 years! 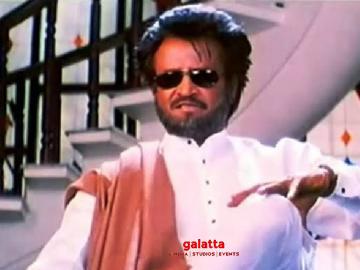 Sun Pictures, who are bankrolling the upcoming biggie Thalaivar 168, seems to be on a roll today! Just a little while back, it was announced that National Award winner Keerthy Suresh had been roped in for this movie, which is being directed by Siruthai Siva. Now, the production house has come up with another big update about the movie! A tweet from the banner's official Twitter handle has revealed that versatile actor Prakash Raj has been roped in to play an important role in this movie, which will be Superstar Rajinikanth's next, after Darbar.

Prakash Raj has acted with Rajinikanth in just 1 movie so far - Padayappa, which released in 1999! He played a cameo role, that of IG Subramaniam, in the iconic movie and appeared just toward the climax. The two haven't appeared in any other movie so far and are now coming together after a gap of 20 years! Prakash Raj is a busy man and is most wanted across many different language industries. He has already had close to 10 movies this year, with a couple more awaiting release, including the Telugu biggie Ruler.

The team of Thalaivar 168 are upping the ante with exciting announcements on the cast and crew coming out. The shoot for this movie is expected to begin from the third week of December and the movie is slated to release for Deepavali, 2020. Earlier, it was announced that Soori had been roped in as part of the cast and that D Imman would be scoring the music for this biggie. There are speculations that either Khushbu or Meena might be roped in to play Superstar's pair in this rural entertainer. Stay tuned for updates...