Nag is a meticulous worker : Karthi 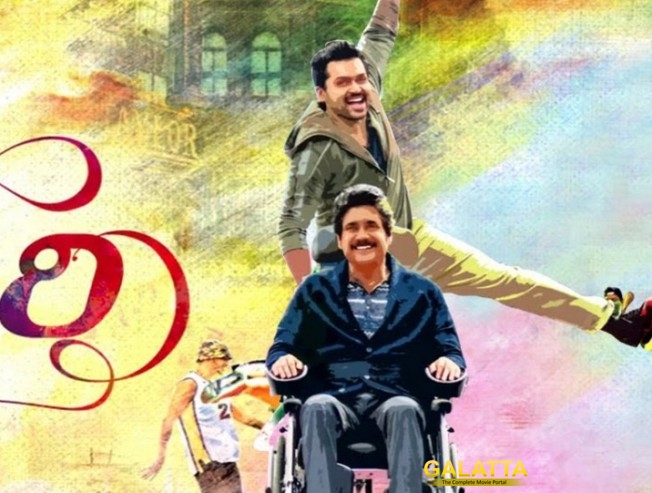 Tamil star Karthi is totally impressed with our Greekuveerudu of Tollywood Nagarjuna. Karthi has shared some interesting work experiences with media.

"I observed him during the film's shoot and found him to be a meticulous worker. He is very regular with his workouts and maintains a strict diet. His schedule is disciplined — he goes to bed early and wakes up early. But then, his positive attitude is also a reason he is physically fit. A happy mind means a healthy body, isn't it? He is very relaxed on the set. Until now, I have only heard about the 'live in the moment' attitude, but I got to see that in him. It was great working with him, " says Karthi.

Nag is playing the role of a quadriplegic patient and Karthi as his care taker. Tamannaah is playing the female lead in the movie. Anushka Shetty and Adivi Sesh will be seen in guest appearances.

The makers are planning to release the film worldwide on 25thMarch. Brundaavanam fame Vamsi Pydapally is directing this mega entertainer and esteemed production house PVP cinemas is producing it.