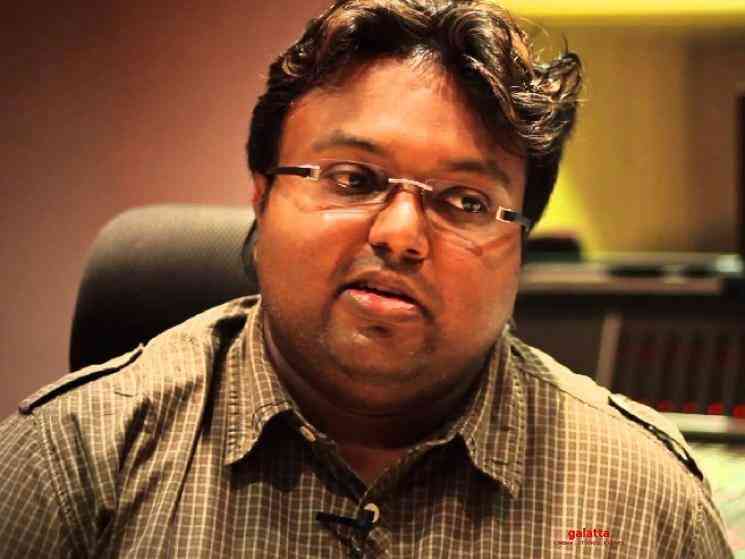 D Imman is currently one of the most sought after composers in Kollywood. His songs have been topping the charts regularly and is now all set to score for probably the biggest ever project in his career - Thalaivar 168! It was recently announced that he had been roped in to handle the music for this Siruthai Siva directorial, by the movie's producers Sun Pictures. Imman has had a wonderful 2019 with a number of super hit albums but the biggest and most acclaimed album has been his first of the year - Viswasam! This Thala Ajith movie, directed by Siruthai Siva, is a family entertainer loaded with sentiment and action that resonated well with the masses.

The songs from the Viswasam album were also well received by the audiences and a number of tracks became chartbusters! Of these, the soulful 'Kannaana Kanney' song turned out to be a people's favourite. This number, crooned by Sid Sriram for lyrics penned by Thamarai, has now reached a milestone on Youtube. This emotional song depicts a father's love for his daughter and touched the hearts of all the viewers. Now, the 'Kannaana Kanney' song has crossed 100 million views on Youtube and composer Imman has penned a heartfelt note to thank everybody who made this possible.

Imman's note thanks all music lovers and all of Thala Ajith's fans across the globe. He also mentioned that many people had messaged him to reveal that the 'Kannaana Kanney' song had helped to mend many broken relationships. Imman also mentioned that this song was a very special one in his musical career and went on to wish a lot of love to all fellow humans across the globe, irrespective of caste, creed, religion and colour. Meanwhile, Superstar Rajinikanth began shooting for Thalaivar 168 with a song composed by Imman.