Bigil becomes top Tamil movie based on interest in 2019 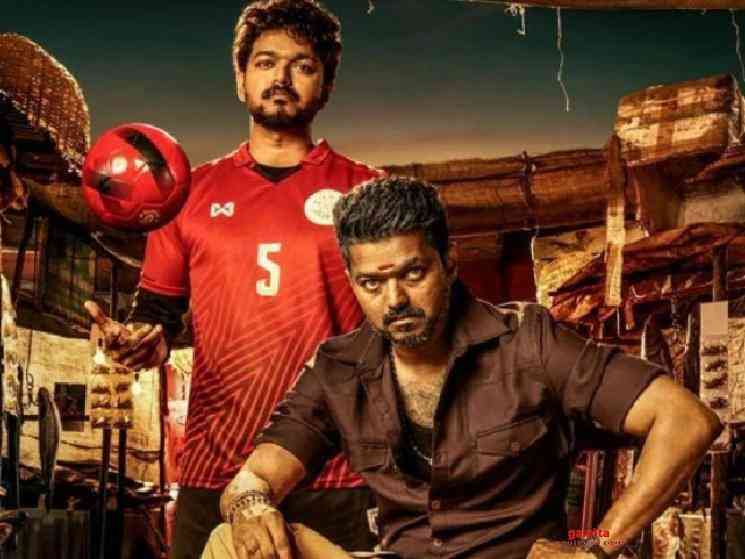 One of the biggest movies of 2019 is Thalapathy Vijay's Bigil. This movie, starring Vijay in the lead, was directed by Atlee and produced by AGS Entertainment. Bigil had Vijay in dual roles, that of father and son, with Nayanthara playing the female lead. This 63rd movie of Vijay's career, had a lot of expectations on it, right from the time it was announced. The excitement kept building into a crescendo till the movie hit the screens for Deepavali 2019! This sports action drama was made on a massive budget of nearly Rs. 180 Crores but broke Box Office collections across the world, and this movie has also become the highest grosser of Kollywood in 2019.

Now, after all these, Bigil has gotten yet another honour. With this year ending now, quite a few lists are being made and one such made by a leading online ticket booking portal, is for the Top 10 Trending Indian movies which people showed maximum interest in, across the country for 2019. In this list of all Indian movies, Bigil is the top Tamil movie and the proudly takes the third place on the list! Top of the list is one of the top movies across the world - Avengers: Endgame, which brought an end to most of the the characters in the Avengers world. Second on the list is the multi-lingual Saaho, which had Prabhas and Shraddha Kapoor in the lead. Unfortunately, this mega budget movie did not do as well as expected at the theatres.

On this list of movies which people showed most interest in, two other Tamil movies made it to the Top 10! Thala Ajith's Viswasam made it to Number 8 while Superstar Rajinikanth's Petta came in at Number 10! Hrithik Roshan and Tiger Shroff's Hindi movie made it to Number 4 while the Hollywood movie Captain Marvel took 5th place. Megastar Chiranjeevi's historical magnum opus Sye Raa Narasimha Reddy came in at #6 and yet another Marvel movie Spiderman: Far From Home came in at No. 7! Salman Khan's recent release Dabanng 3, made up the Top 10, coming in at No. 9! Bigil making it to the third place on this Top 10 list shows the magnitude of this movie's success!