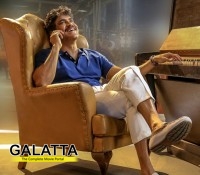 Devadas is an action comedy film featuring an ensemble cast of Nagarjuna Akkineni, Nani, Rashmika Mandanna and Aakanksha Singh in the lead roles. The film is both written and directed by Sriram Adittya. Music is composed by Mani Sharma. Devadas is produced by C Ashwini Dutt under his banner Vyjayanthi Movies.

The story is about an underworld don Deva played by Nagarjuna and a doctor named Das played by Nani and how a friendship blooms between the two men who have contrasting personalities. How one transforms the other through their journey is the core of the story.

The major highlight of Devadas is the stellar combo of Nagarjuna and Nani. Both the stars compete with each other on screen to deliver their best. Nagarjuna as don makes his presence felt with some mass sequences. Nagarjuna’s fitness and swag never fail to amaze us. Nani has given a brilliant performance and also tickles us with his innocent comedy and timing one-liners throughout the movie. Nagarjuna and Nani complement each other and have created a perfect blend to keep in awe.

Mani Sharma's beats are fresh and also has given a subtle yet striking BGM for Nagarjuna. The movie has a good production value and Shamdat Suinudeen's camera work gives a rich look to the movie. Editing is explicit. Said to be an action venture, the sequences look a little week.

Devdas has a regular storyline of an action venture and the screenplay doesn't have any noticeable high points to excite us. Although, the movie has an unforeseen twist towards the interval the element falls flat in the second half. The biggest stumbling block for the movie is its runtime of 2 hours and 44 minutes which makes us look at our watch a few times, especially in the first half. Few emotional scenes look force fitted in the second half of the movie and have a periodic climax.

Verdict :A Decent Entertainer With An Unceasing Run Time!

Devadas is a Telugu movie. are part of the cast of Devadas. The movie is directed by Sriram Adittya Music is by Mani Sharma . Production Vyjayanthi Movies.