One of the most popular names among fans now in Tamil Nadu, model turned actress Yashika Aannand will be seen in her first full-fledged role in newcomer director Bhuvan Nullan’s Zombie, Zombie. Yashika became a household name after her stint in the second season of the hit Tamil reality TV show, Bigg Boss, last year. To be seen playing the role of a doctor in the film, a new sneak peek video from Zombie has now been released and shows plenty of glamour that Yashika is known among fans for.

Produced under the S3 Pictures banner, Zombie includes Yogi Babu, YouTube stars Gopi and Sudhakar of Parithabangal fame, Anbudasan, Bijili Ramesh among others with music by Premgi Amaren and is said to be the second zombie film in Tamil after Jayam Ravi’s Miruthan came out in 2016. The makers have been promoting Zombie at an active pace for quite some time with the ‘Are You Baby’ song from the film receiving a positive response ahead of its theatrical release later this week on September 6. 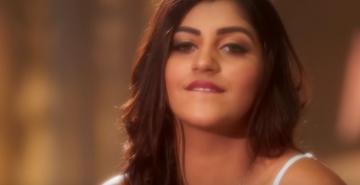 Check out the new Zombie sneak peek video below: