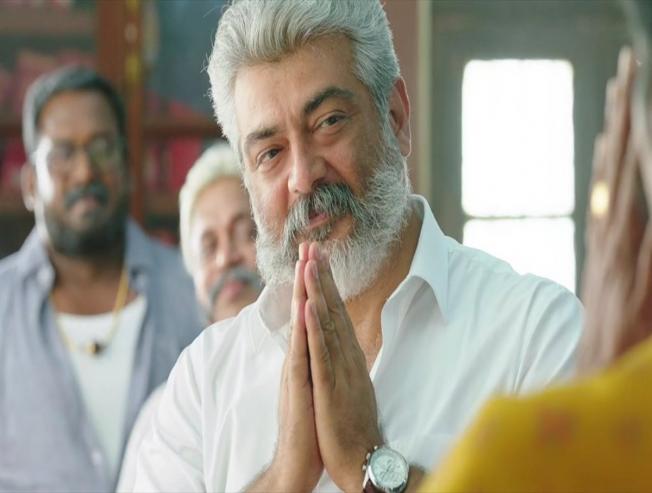 Ajith is at present busy filming for his upcoming film, Thala 59, hitting screens this May and the actor is fresh off the success of his Viswasam, released as a Pongal treat.

Directed by Siva under the Sathya Jyothi Films banner, the film featuring smash hit songs by D. Imman included a huge ensemble supporting cast with names like Nayanthara, Jagapati Babu, Vivek, Kovai Sarala, Thambi Ramaiah, Robo Shankar, Yogi Babu, among many others and has turned out to be a treat for families. 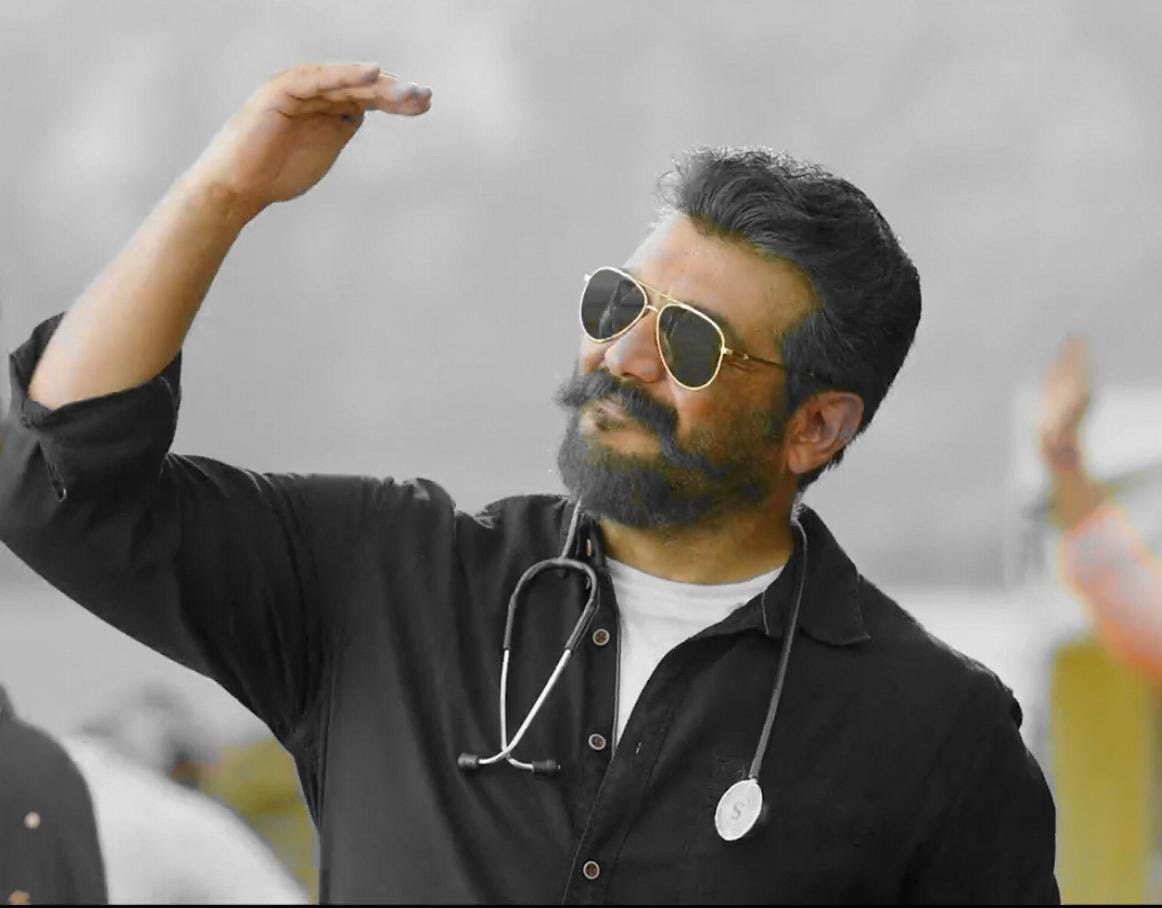 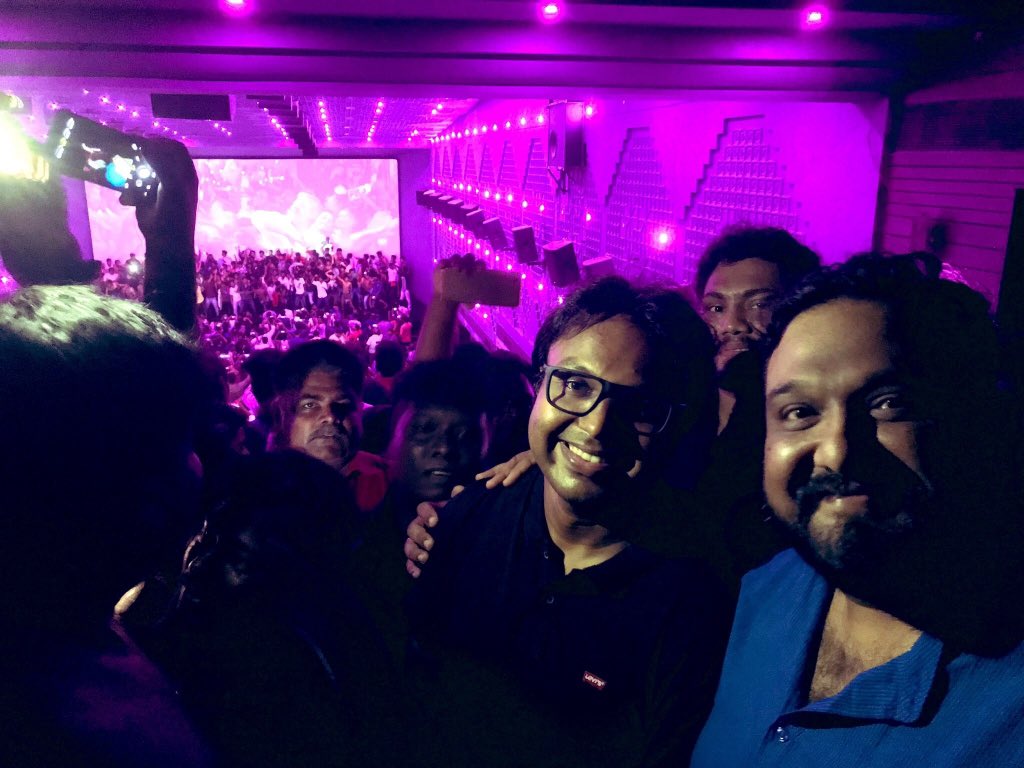 With the film turning out to be a stupendous commercial success, director Siva took to his Twitter page after a long time to issue an official statement where he has expressed his gratitude to Ajith, Sathya Jyothi Films and fans for the rural entertainer’s massive success. 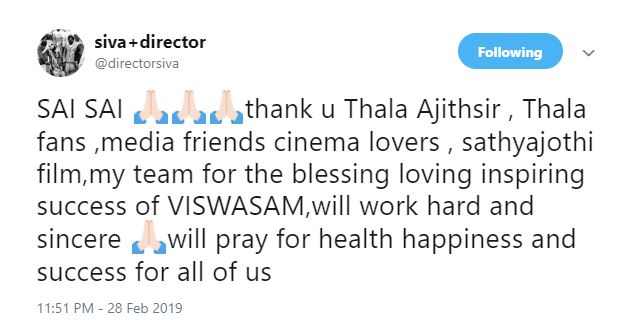