A film that will see ‘Thalapathy’ Vijay in dual roles as father and son in the same time period, something that hasn’t been seen in the actor’s previous films, the upcoming action sports drama, Bigil, being produced by AGS Entertainment under director Atlee with music by A. R. Rahman is gearing up for a massive Diwali release in October. With the plot set around women’s football and Vijay playing the role of the coach of the Tamil Nadu women’s football team, the film includes a large supporting female cast among whom include Reba Monica John, Varsha Bollamma, Gayathri Reddy and others. Yesterday (August 13) saw Vijay wrap up his portions in Bigil after which he presented the cast and various technicians with gold rings which had the film’s title engraved on them. Among the ones who had received the Bigil ring were Reba Monica John, Varsha Bollamma and Gayathri Reddy who took to their social networking pages to inform fans of the development. Check out each of their statements as well their pictures with the Bigil ring below: 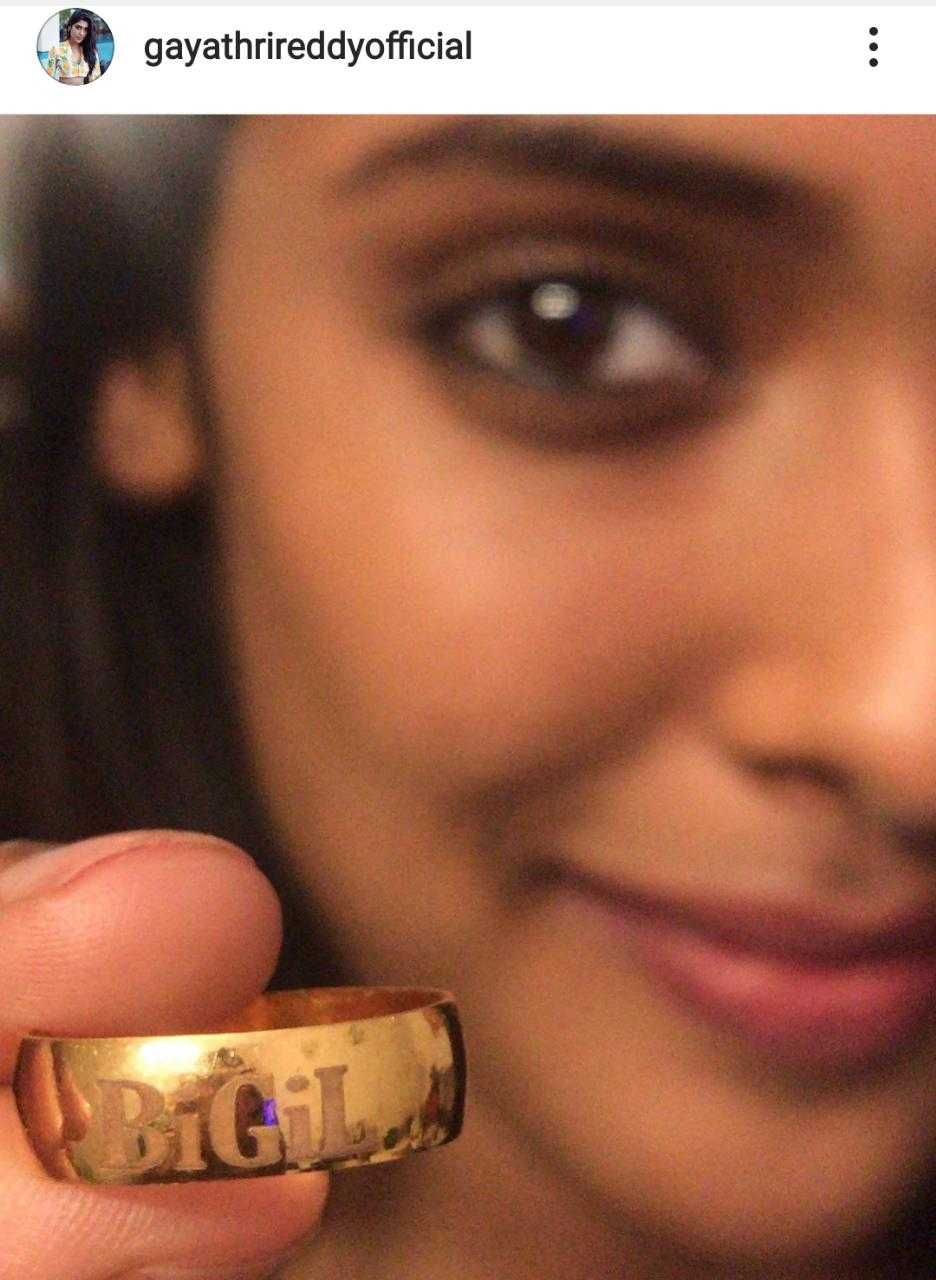 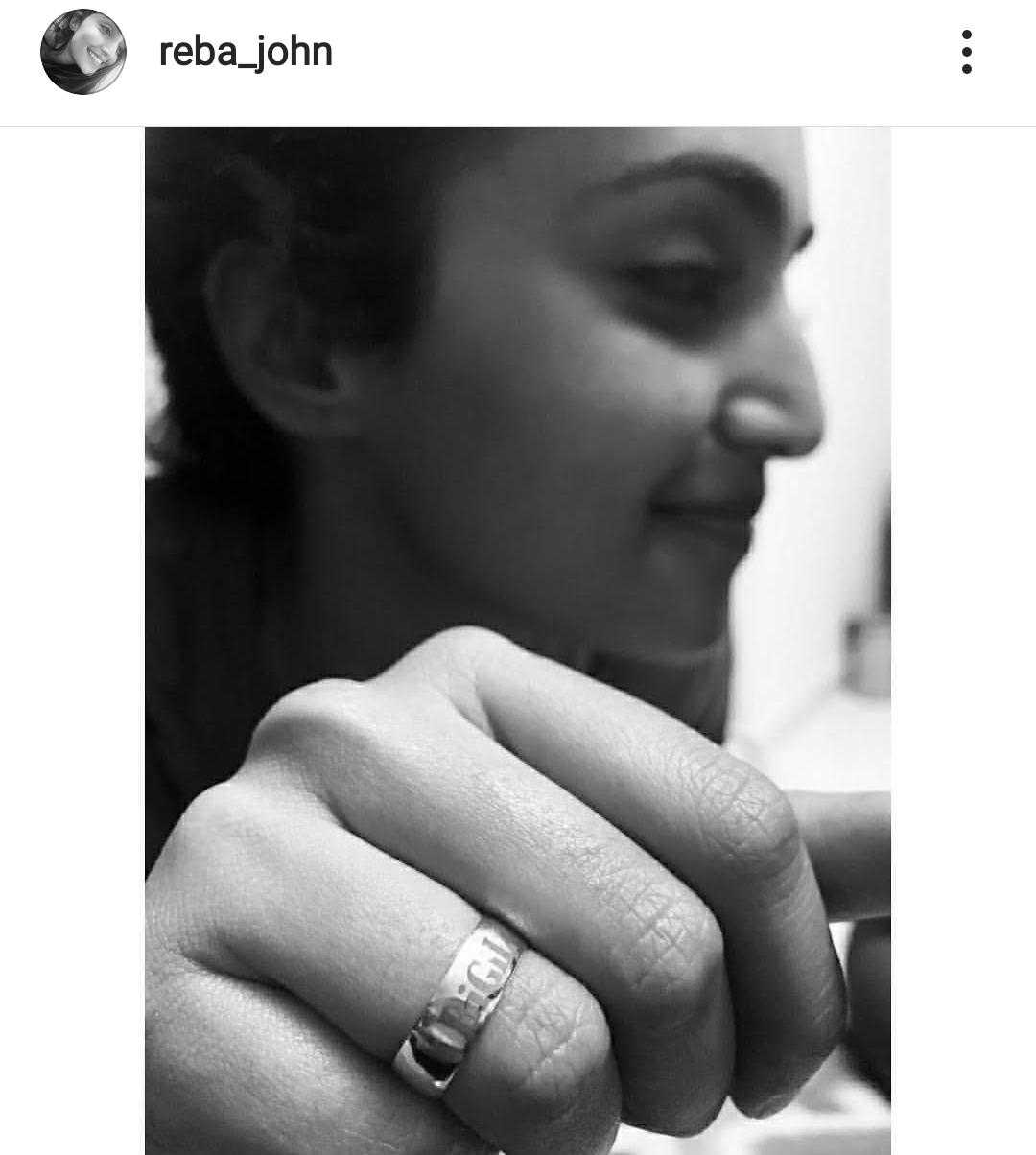 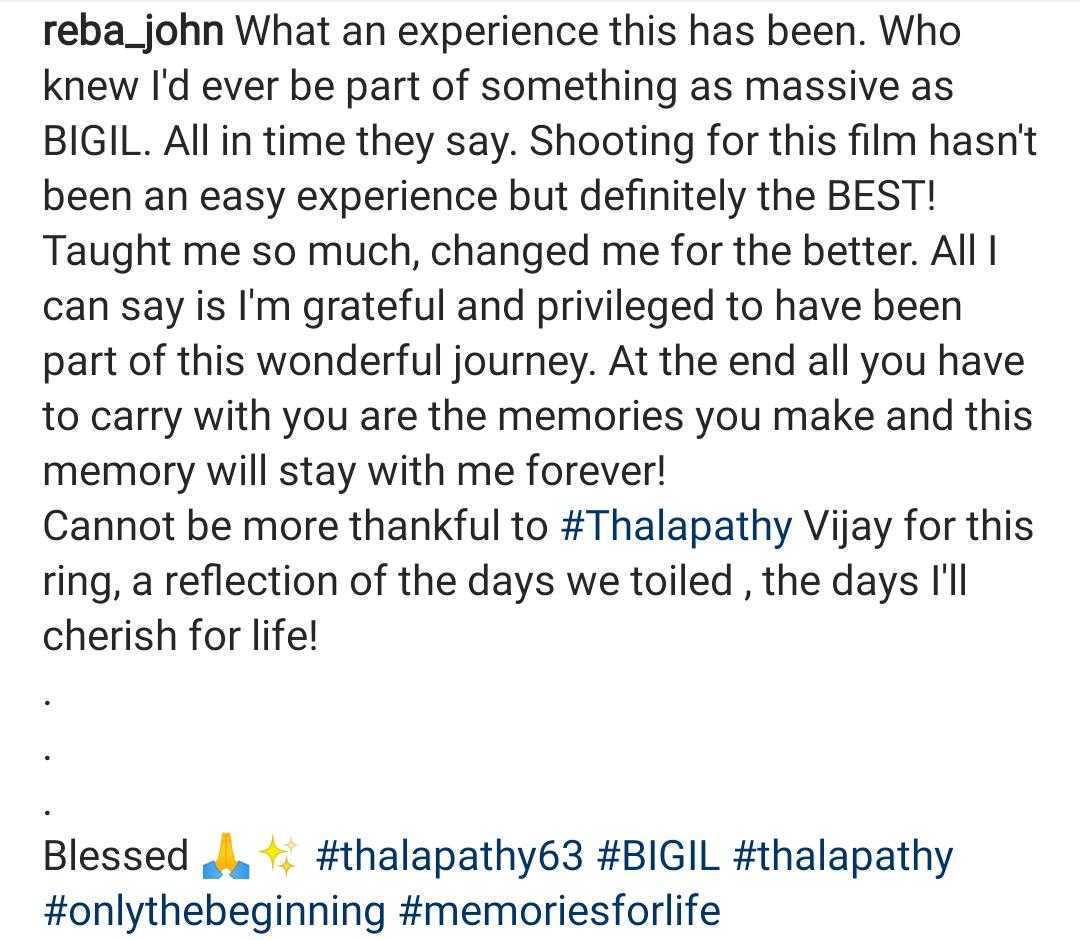 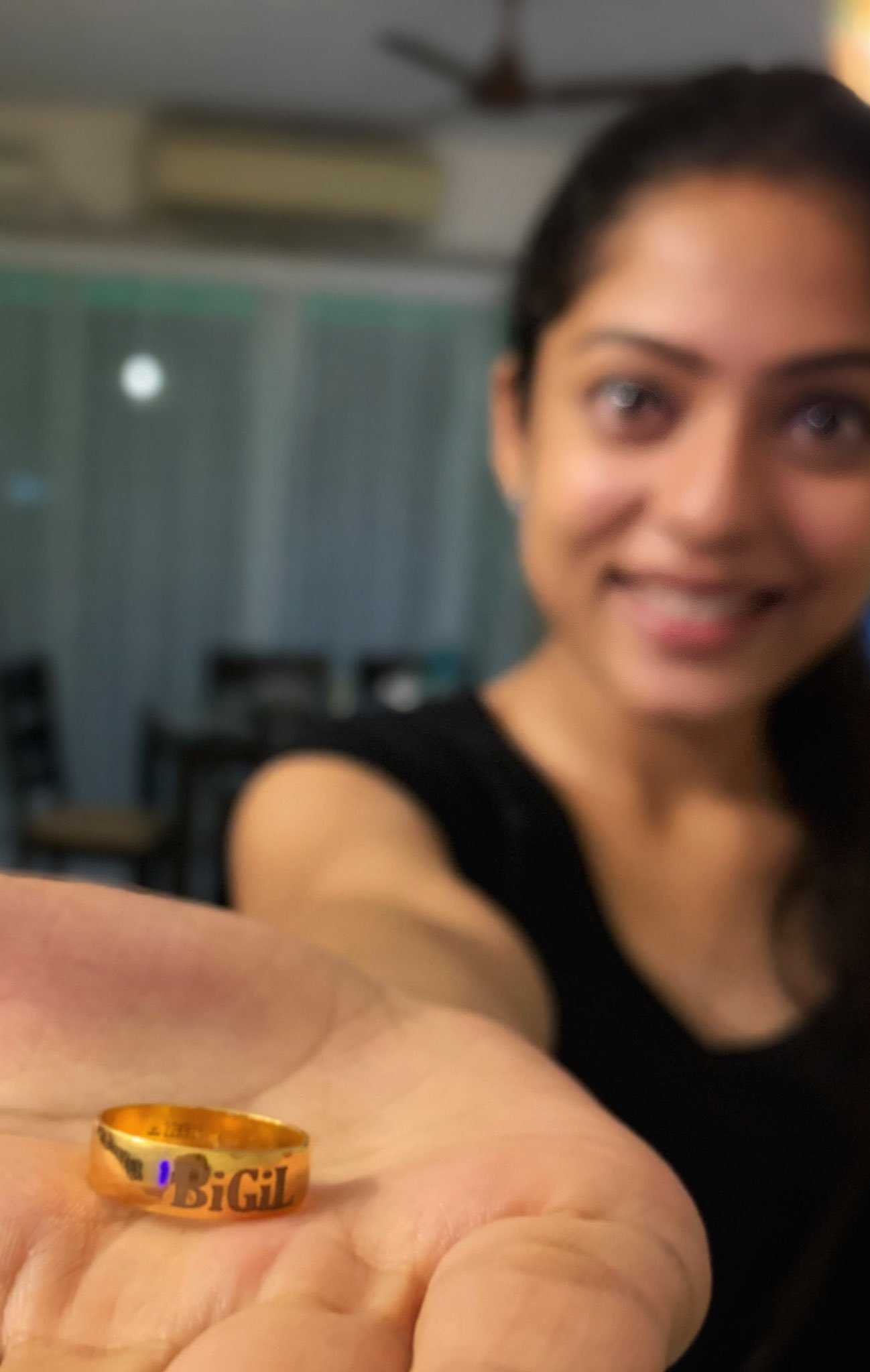 With Vijay wrapping up his portions in Bigil, the film’s Creative Producer, Archana Kalpathi too issued a statement on Twitter saying production is in its final stages with 95% shoot already completed and dubbing currently underway. She further went on to apologize for the lack of updates, but assured fans that they are hard at work to exceed expectations and that requires time. 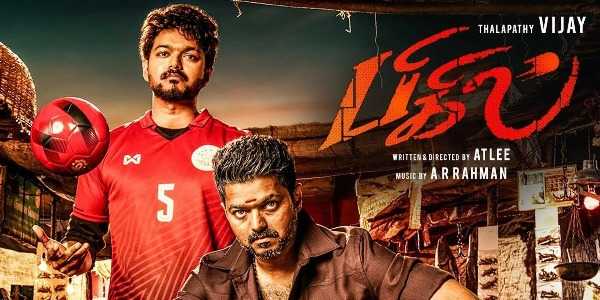