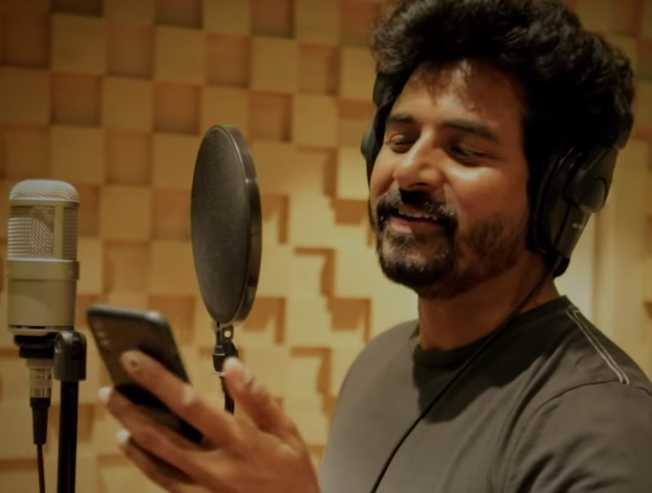 Thumbaa is an upcoming adventure based comedy film starring Kanaa fame Darshan in the lead role. Veteran actor and producer Arun Pandian's daughter, Keerthi Pandian makes her debut as the female lead in Kollywood with this film that also has Kalakka Povadhu Yaaru fame Dheena as the comedian. The film is directed by debutante Harish Ram, with music scored by Anirudh Ravichander, Vivek-Mervin, and Santhosh Dhayanidhi. While Anirudh and Vivek Mervin have composed one song each, the rest of the songs and the film's background score is done by Santhosh Dhayanidhi.

The promo of the song composed by Santhosh has now been officially released by the makers and this song is called Humpty Dumpty. The exciting part of this song is that it is crooned by actor Sivakarthikeyan and this is the first time the star is crooning his voice for a film that he is not associated with, as an actor or producer. SK's voice will prove helpful in the popularity of this interesting number, penned by Ku Karthik.

The promotional video of this song is shot by G.K.Vishnu, who is currently the cinematographer of Thalapathy 63, directed by Atlee. The treatment of this song has been catered to the kids of young age who will find the proceedings cute and interesting. This promo has been released on the official YouTube channel of Sony Music, who owns the audio rights of this film. Thumbaa is scheduled to release on June 21, alongside Jiiva's Gorilla and Dhanush's Pakkiri.

The film is produced by Regal Reels in association with Roll Time Studios LLP. KJR Studios will be releasing this film on the big screens. Check out the promo video of Humpty Dumpty here: