"Despite the heat... crowd gathers for Thalapathy" - check out the new mass statement

A massive name in the Tamil film industry and an actor who has a humongous fan following across south India, ‘Thalapathy’ Vijay is one of the biggest stars in the nation. 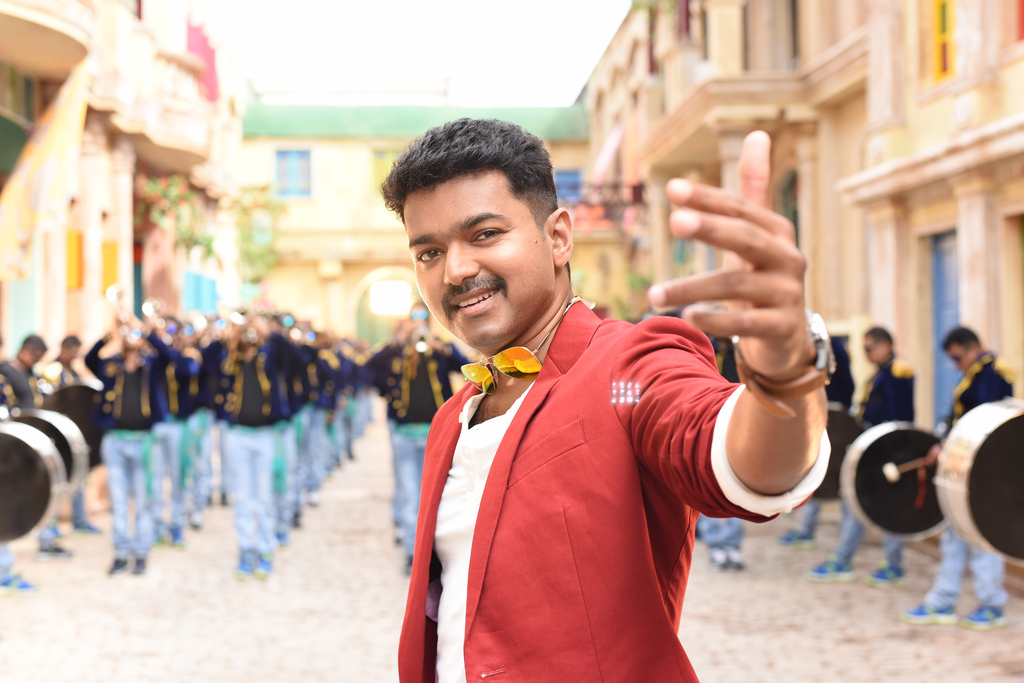 At present, Vijay is working with director Atlee for the third time on their upcoming sports film, tentatively titled Thalapathy 63, under the AGS Entertainment banner with a Diwali release plan in October. 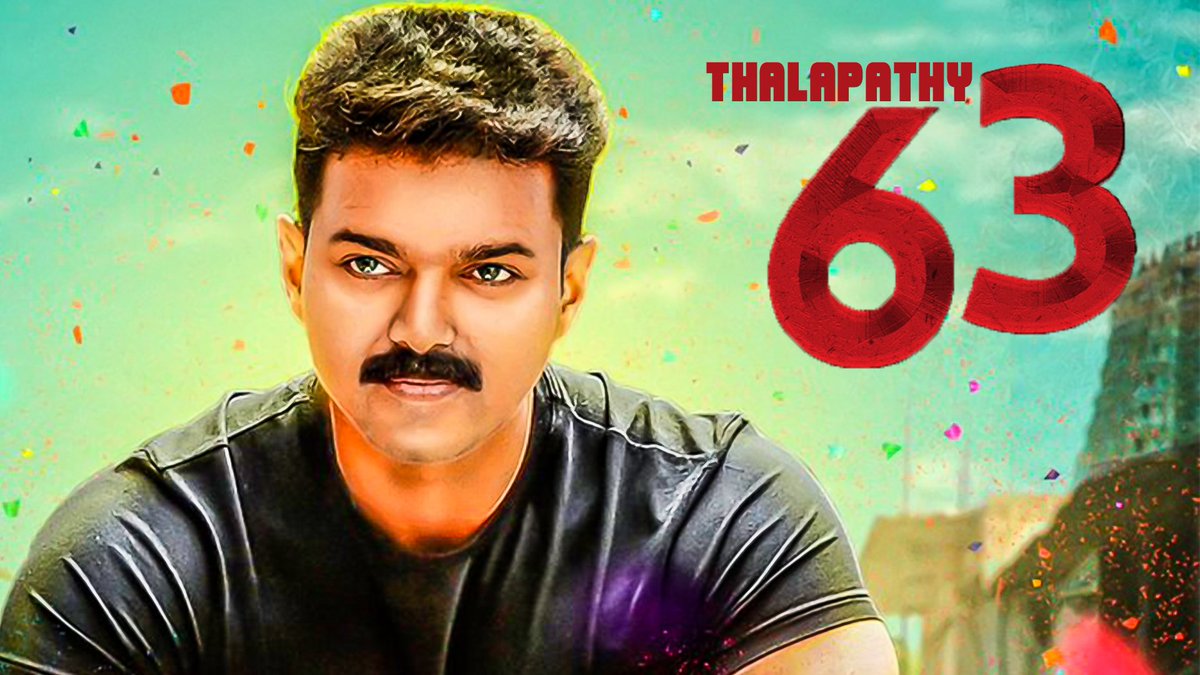 Meanwhile, there are several films that are getting re-released as a throwback feature for fans across various theatres in Chennai with the latest being, ‘Thalapathy’ Vijay’s 2016 action blockbuster, Theri, which saw the superstar play the role of a daredevil cop. 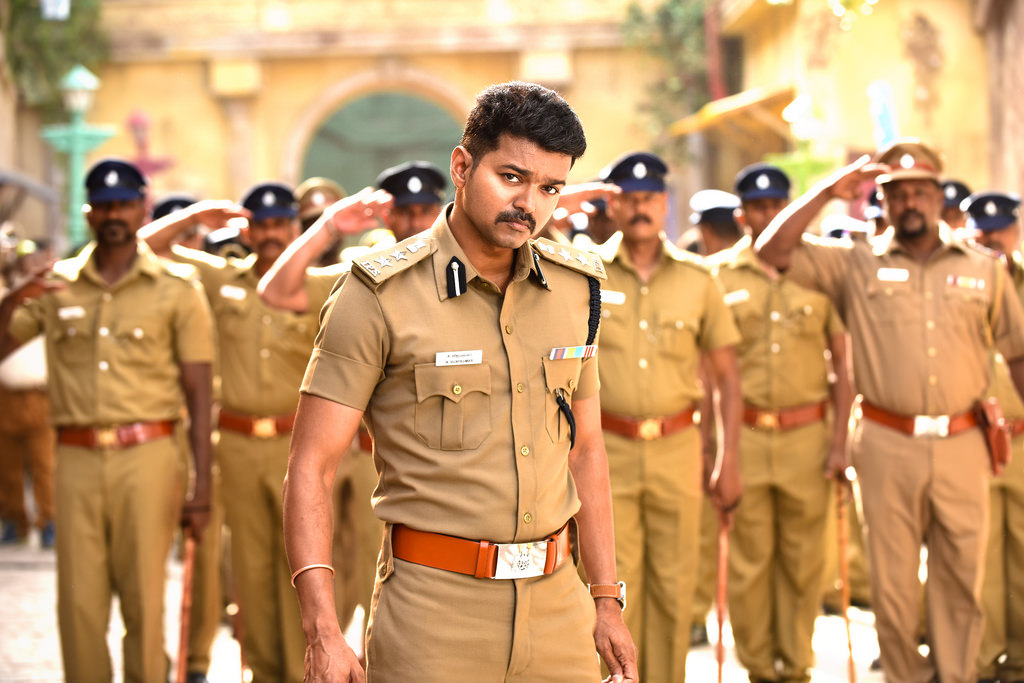 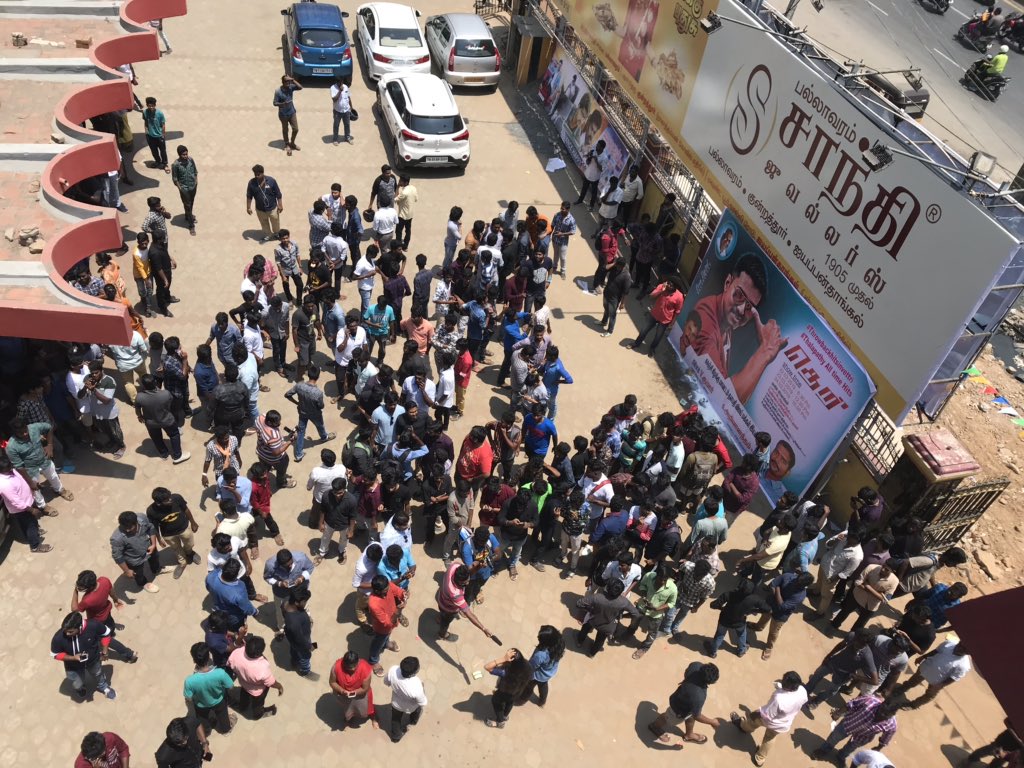 The Managing Director of the popular theatre took to his Twitter page to issue a statement saying the crowds have gathered to celebrate Theri’s re-release despite the film being available in platforms while also beating the heat wave outside and all for one man - ‘Thalapathy’ Vijay. 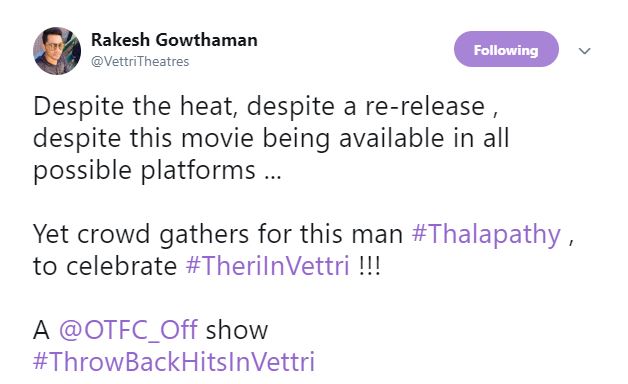