‘Thalapathy’ Vijay’s upcoming film, Bigil, announced to hit screens as a Diwali release in October is one of the most exciting ventures coming out this year and has been progressing at a brisk pace under Atlee’s direction. Being produced by AGS Entertainment, our sources close to the film’s team have now revealed that the Bigil budget is over Rs. 100 crores. The sources further add the makers are extremely confident about the film's box office performance and are hopeful of recovering their investments with ease and, expect it to become a milestone in Vijay’s career. Trade analysts, who have been viewing the pre-release buzz of Bigil, are predicting the film will perform better than ‘Superstar’ Rajinikanth’s Enthiran and SS Rajamouli’s multi-starrer epic blockbuster, Baahubali. Bigil has been hot in the trade of late after Creative Producer Archana Kalpathi recently announced saying the film's Tamil Nadu theatrical rights were acquired by Screen Scene Media Entertainment Pvt. Ltd while the overseas rights were bagged by XGen Studio and United India Exporters while also declaring it will be the largest worldwide release in Vijay's glorious career. There are sky-high expectations surrounding Bigil as the response to the film’s three posters unveiled on the occasion of Vijay’s birthday has been nothing short of spectacular. There will be 5 songs composed by A. R. Rahman in the upcoming sports drama, which will see Vijay in dual roles as father and son. A multi-starrer, the film also has Nayanthara playing the female lead, Kathir, Vivek, Jackie Shroff, Indhuja, Daniel Balaji, Anandaraj, Yogi Babu, Varsha Bollamma, Amritha Iyer, Soundararaja, Devadarshini, ‘Thaadi’ Balaji, Dheena among others in major supporting roles. 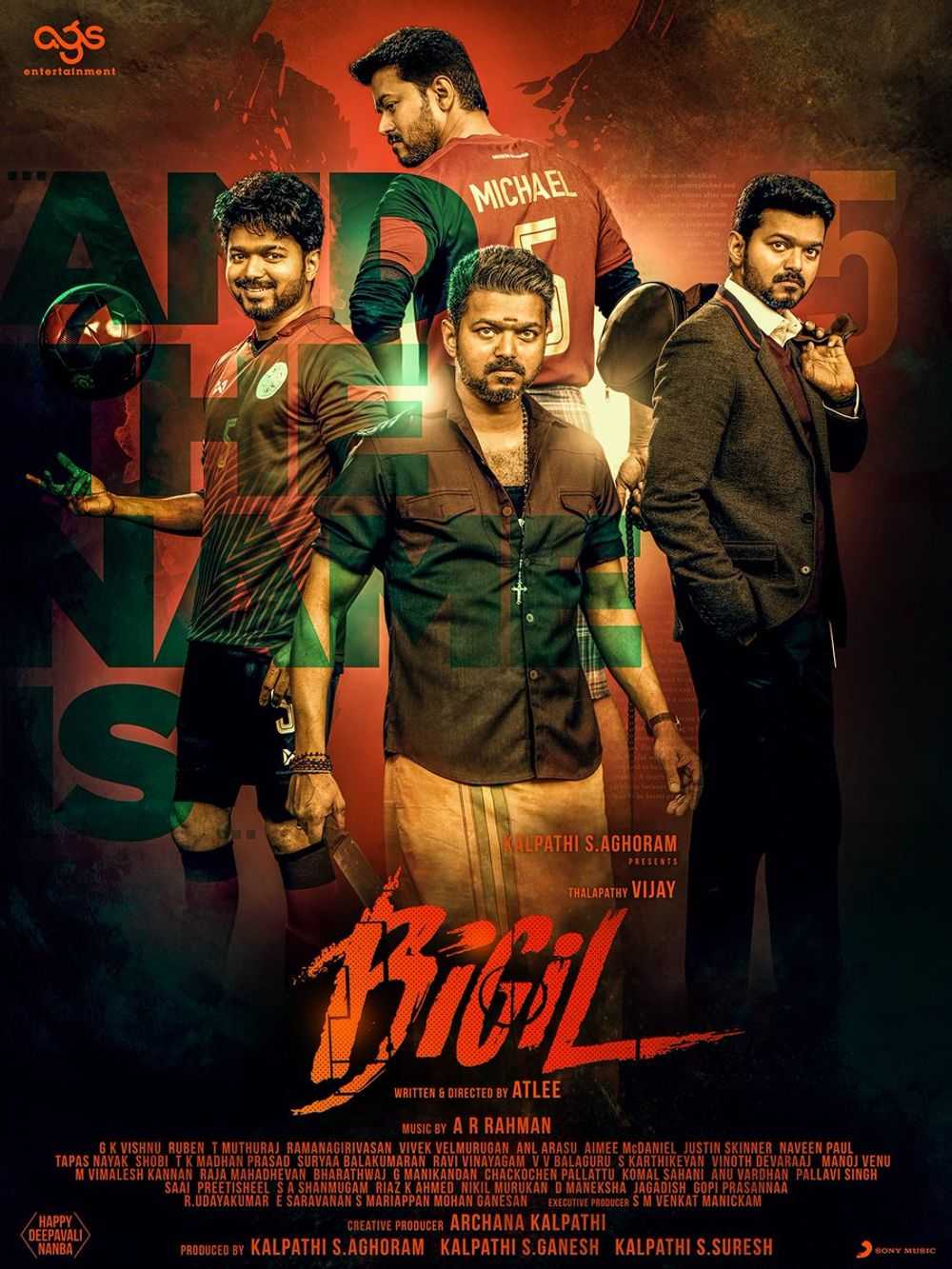