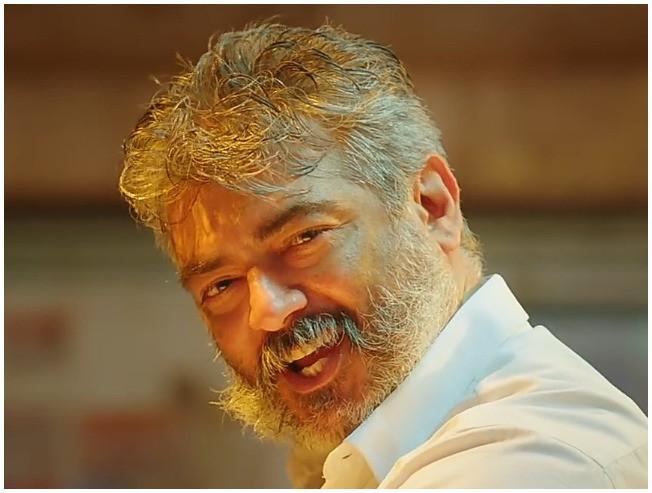 With Ajith currently at Hyderabad busy filming for his upcoming next film, Thala 59, announced to come out in May under H. Vinoth’s direction, the release date for Viswasam’s Kannada version, Jagamalla, is now out. 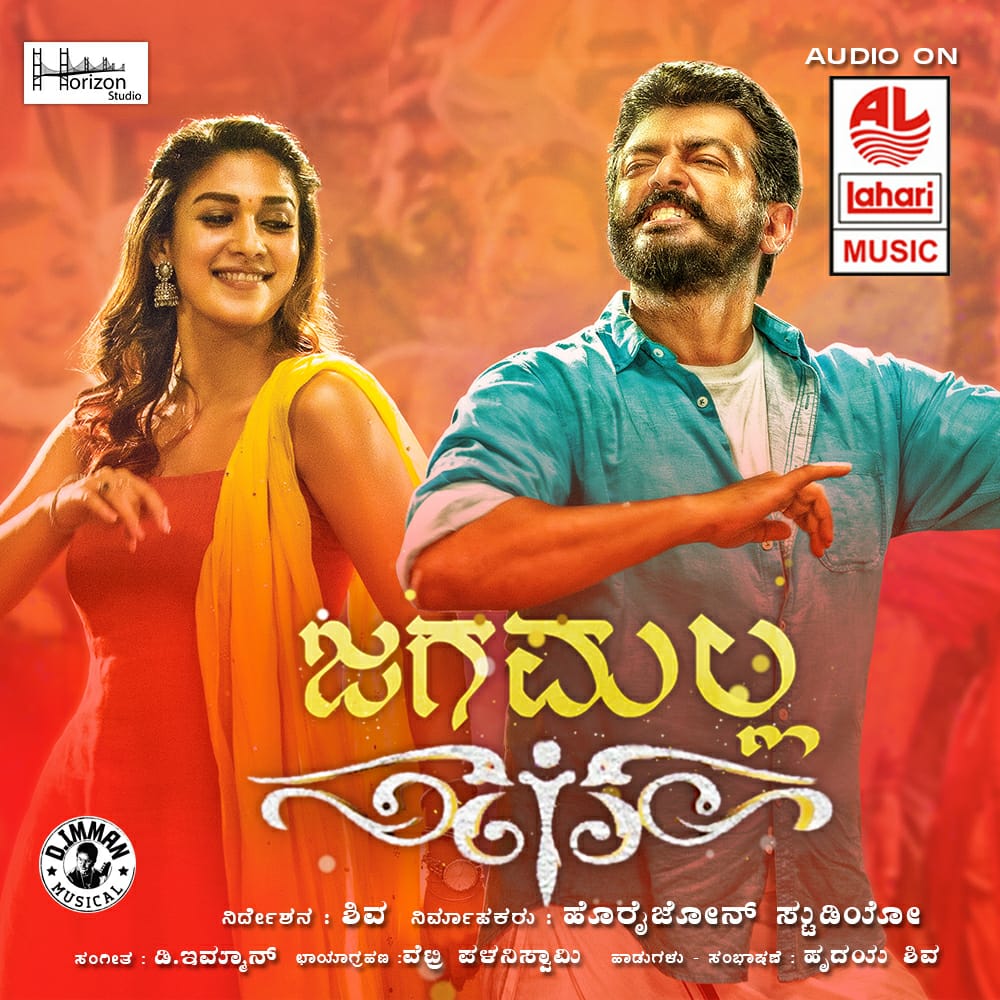 Directed by Siva and produced under the Sathya Jyothi Films banner, Viswasam, which celebrated 50 days recently in Tamil, has become yet another blockbuster in Ajith’s career.

That said, Viswasam, which also stars Nayanthara as the female lead and Jagapati Babu as the antagonist will be getting released in Kannada under the title Jagamalla on March 7 across Karnataka along with the film’s Telugu version. 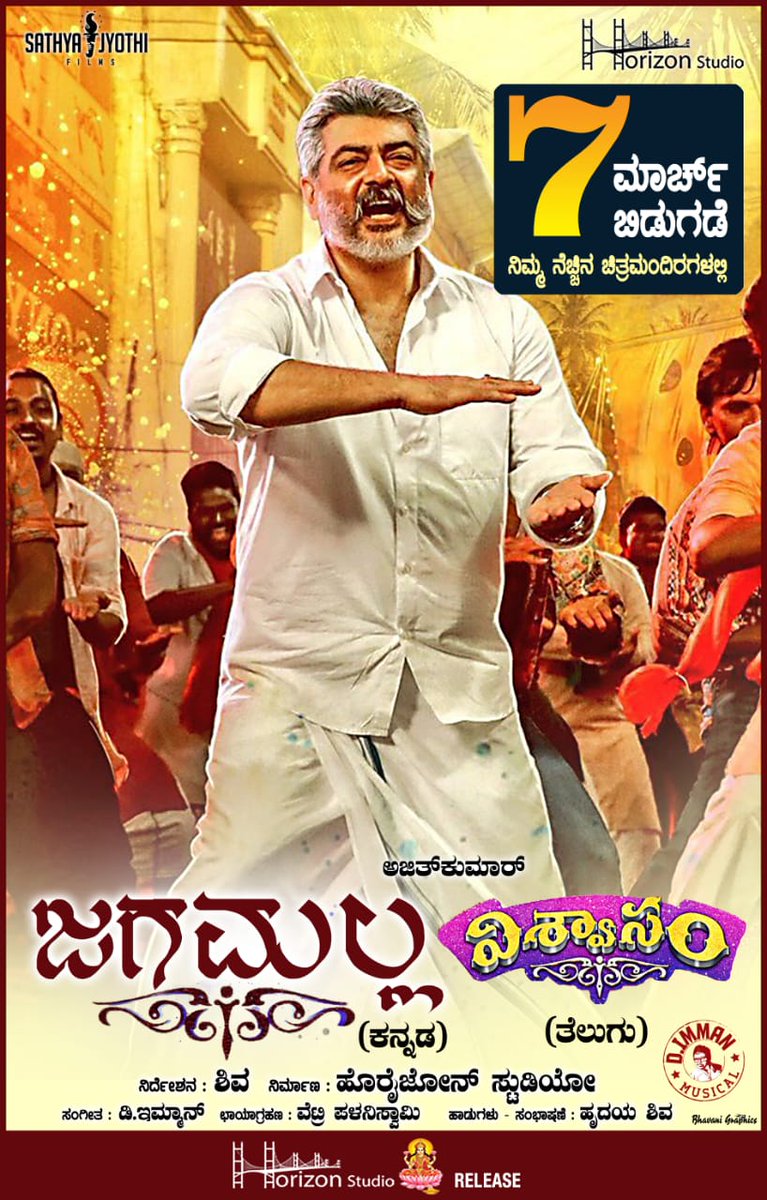 D. Imman’s songs in Viswasam turned out to be a huge hit with the film comprising of a huge ensemble supporting cast with names like Vivek, Kovai Sarala, Thambi Ramaiah, Robo Shankar, Yogi Babu, among many others. 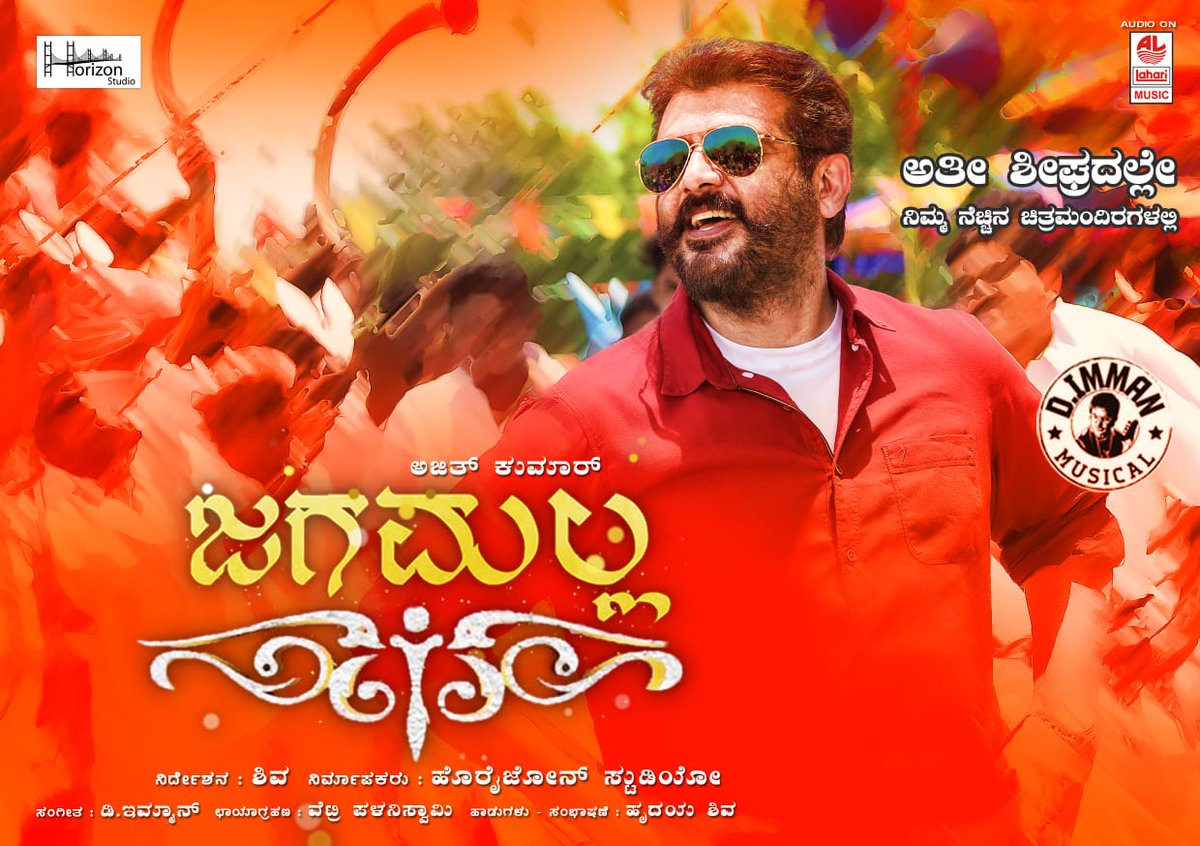