Sun Pictures release a brand new video from their next biggie! - Check out 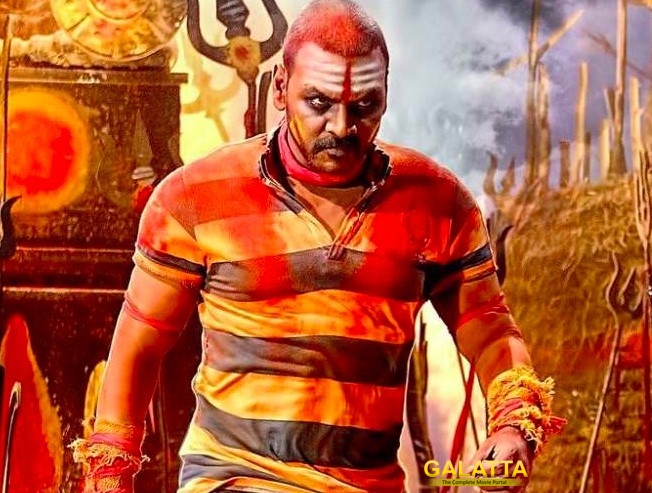 Kanchana 3 is one of the most successful horror-comedy franchise of Tamil Cinema and the film is directed by Raghava Lawrence and he also stars as the male lead in the movie. Kanchana 3 has Vedhika, Oviya and Nikki Tamboli as female leads and the film is produced under the banner of Sun Pictures. Raghava Lawrence's Kanchana is popularly known for always addressing a social issue with a fine combination of horror and comedy. This franchise has a major fan base and the audience are eagerly awaiting the release of Kanchana 3. The series of Kanchana films have done tremendously well and there is no doubt about this new addition as well.

As days pass by, the expectations and the craze over the film keeps building and the first look of the film was officially launched by Sun Pictures just a few days back. Actor Raghava Lawrence looks stunning in the poster and it sure does look extremely intriguing. The team has now launched a promotional video where each cast member of the team has expressed their joy over being a part of this project! This big project is touted to release in April of 2019 and let's stay tuned for the teaser of this exciting film!


Check out this interesting video below and see what the stars have to say!