SS Rajamouli's RRR budget will SHOCK you! Check it out here... 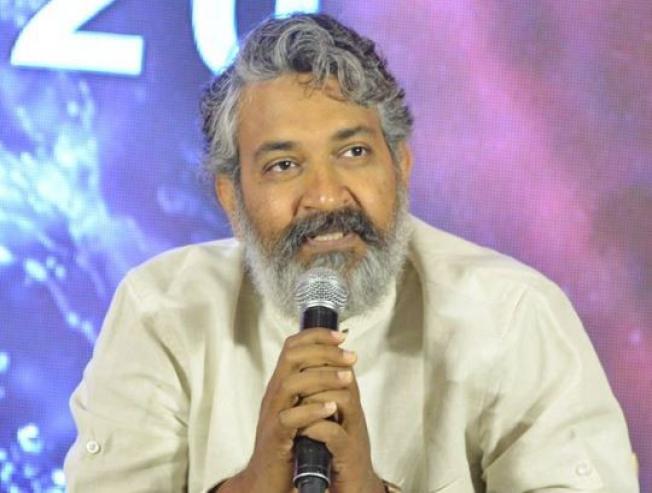 After the monstrous hit of Baahubali 1 and 2, SS Rajamouli is back with another multi-crore budget film RRR. The makers had arranged for a press meet in Hyderabad today (14th March) morning! Speaking at the event, director SS Rajamouli revealed the lead heroine, what the film is about and more. Read on to know...

His speech in Telugu vaguely translates to:

“Greetings to everyone, it feels so nice to see you all after a long time. I think it’s been almost 2 years since I have interacted with the press. Coming straight to the point, I am someone who feels that the audience must know what type of film they will have, before watching a movie. I try to tell the audience what they can expect from my film well in advance. That is the reason behind this press meet. Usually, I do this before the commencement of the project but due to some reasons, I wasn’t able to do this in advance. We are still in the beginning stages, so I am doing it today.


We know that both Alluri Seetharamaraju and Komaram Bheem are legendary freedom fighters who have fought for the nation in the 1920s. RRR is a fictional story based on these two legends. RRR is not about the story that we have read in books, this is an untold story of the two and it is completely fictional. We are doing this film on a very large scale. I don’t like anything to be small. I need everything to be laid out on a big platform. We had to do a lot of research on this project because this is set in a different era.

For a big film like this, we wanted to have a very strong supporting cast lined up. Ajay Devgn has accepted to do a very strong role in the film. He immediately agreed to do the film after listening to the script and asked me ‘when do you want my call sheet?’ Ajay Devgn plays a very powerful character who comes in the movie's flashback section.

Likewise, Alia Bhatt will be playing Ram Charan’s lady love. I met her accidentally in an airport when she said, ‘no matter what role it is, I am ready to act in your film, please let me know’. Daisy Edgar Jones will be pairing up with Tarak while Samuthirakani will be doing an important role in this film. So, we have a strong supporting cast.

The main thing is that we kept RRR as the working title, before commencing the project but now we have a lot of pressure from the distributors and fans to retain the title. Then we thought about it and decided that RRR will be the common title for all the languages but the title expansions will be different for each language. We will be inviting the audiences to come up with suggestions for RRR's expansion! If it is better than what we thought, we will choose their options! The younger version of Alluri Seetharamaraju is played by Ram Charan and the younger version of Komaram Bheem will be played by Tarak. I am so happy that I could get both them to my characters."


This is what director SS Rajamouli revealed at the RRR Press meet. RRR's makers also revealed that the budget for the movie is a whopping 350 to 400 Crores INR, to make the movie look as natural for its period setting as possible!