Vishal's made a major announcement on Wednesday revealing that his anticipated venture Ayogya will be hitting the theaters on April 19, 2019. With the big date locked, the team of Ayogya is working at full throttle to finish the remaining portion and gear up for the promotions. 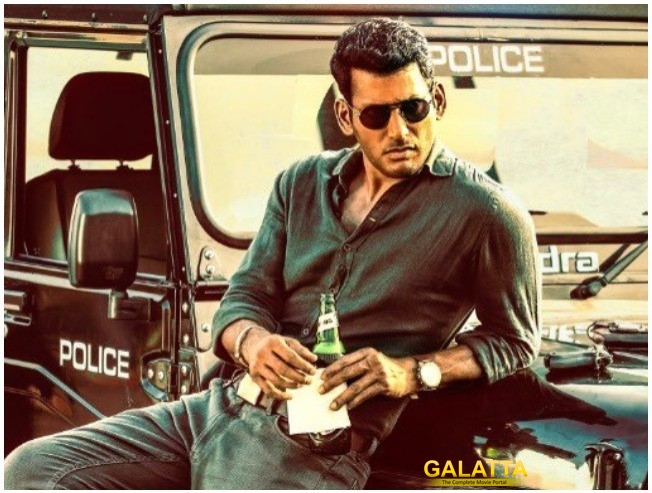 About the venture, Ayogya is the official remake of Jr. NTR’s Temper and the movie is directed by debutant Venkat Mohan under the Light House Movie Makers LLP banner with music by Sam CS. The movie has Raashi Khanna, Parthiban, KS Ravikumar, Pooja Devariya among others in important roles.

One of the interesting facts about Ayogya was that the popular diva Sunny Leone was initially touted to make a special appearance for a song in the movie. But later, it was revealed that Sunny Leone won't be doing the song due to date issues. And now, sources close to us have revealed that the team has found a replacement for the actress. Popular actress Sana Khan will be the one to take Sunny Leone's place and will be doing a performance in the song.