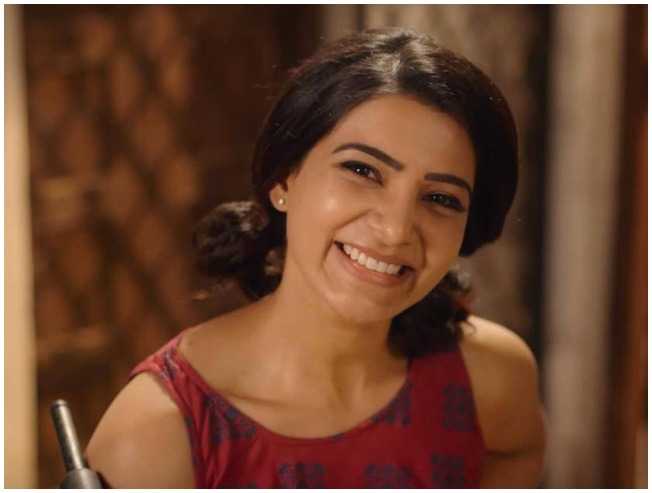 Samantha has garnered quite a fan following over the years after starring in several blockbusters and alongside some of the top stars across south India. She is all set to be seen in the Oh Baby hitting screens on July 5 with singer Chinmayi dubbing for the actress in the film’s Tamil version. With promotions for the Tamil-Telugu bilingual currently being carried out extensively, Samantha had come across an individual on her Twitter timeline who attempted to troll Chinmayi saying her inclusion would lead to the film tanking at the box office. The Super Deluxe star was quick to retort and responded back in a rather sarcastic manner, which can be seen below: 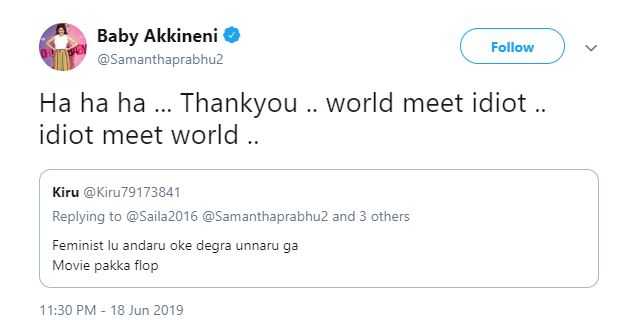 Oh Baby, which is said to be inspired by the South Korean film, Miss Granny, has been directed by B. V. Nandini Reddy and includes an ensemble star cast featuring names like acclaimed veteran actress Lakshmi, Naga Shaurya, Urvashi, Rao Ramesh, Snigdha, Rajendra Prasad among others with music by Mickey J. Meyer and has been jointly produced by People's Media Factory, Suresh Productions, Guru Films and Kross Pictures banners. 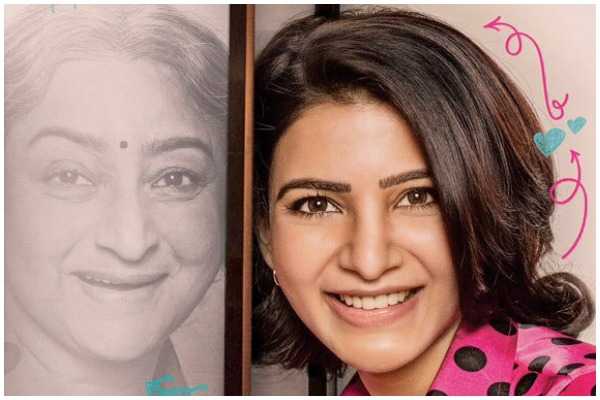 Samantha is at a mighty happy star now after receiving laurels for her performance in Super Deluxe earlier this year after which she continued her success streak in Majili opposite her husband Naga Chaitanya. 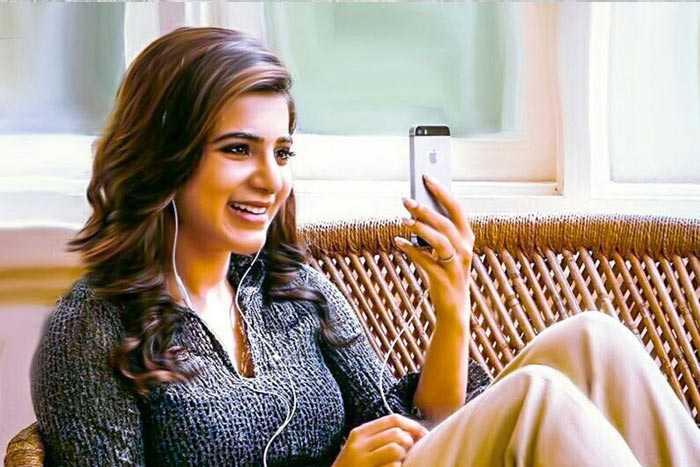