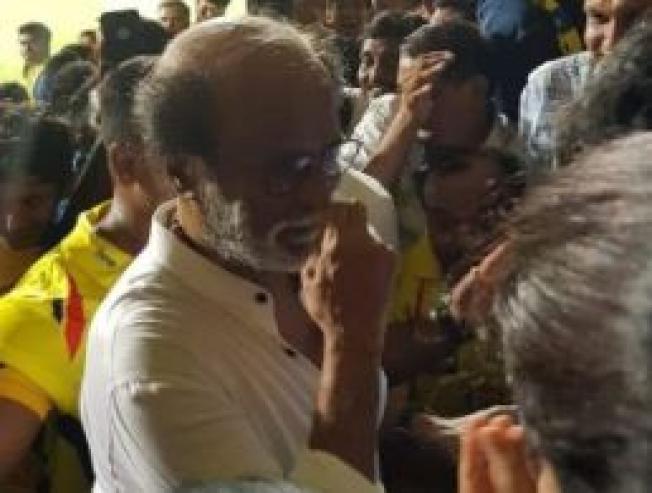 After the blockbuster success of Petta, Superstar Rajinikanth's 166th movie is set to be directed by the acclaimed director AR Murugadoss. Veteran cinematographer Santhosh Sivan will be handling the camera and rockstar Anirudh recently confirmed that he will be scoring the music for the film.

With the shoot of Thalaivar 166 set to begin from April, Rajinikanth has been busy with the Soundarya's marriage, taking some important political decisions, visiting various places around the country. And you will be surprised to know what Rajinikanth decided to do on Saturday.

Rajinikanth paid a surprise visit to the Chepauk stadium to witness the opening match of the Indian Premier League that was played between the home team Chennai Super Kings and Virat Kohli's Royal Challengers Bangalore. The fans who were enjoying CSK dominance over RCB erupted when Rajinikanth entered the stadium. Pictures and video of Rajinikanth with the crowd went instantly viral on social media.

It was a special day for the fans who visited the Chepauk on Saturday as they got a glimpse of India's most iconic stars Rajinikanth, MS Dhoni, and Virat Kohli at the same place. CSK winning the match came as the perfect icing on the cake for the fans.

People looking for online information on Rajinikanth,Shanthala will find this news story useful.