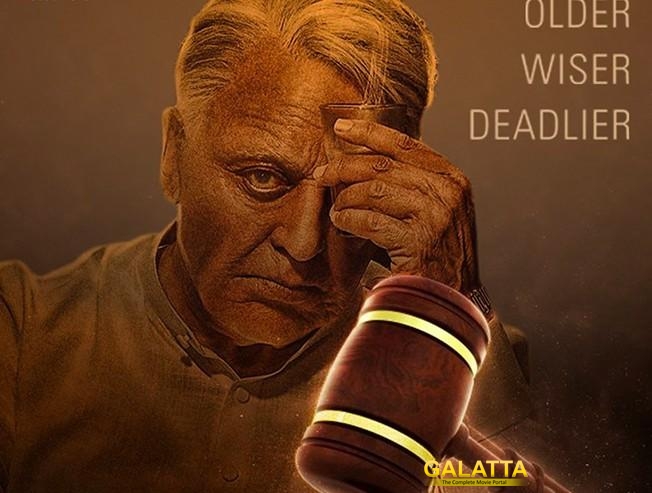 Post the massive success of Shankar's magnum opus science fiction 2.0 with superstar Rajinikanth, the director is all set to join hands with ace actor Kamal Haasan for one of the most highly anticipated sequels of 2019, Indian 2. The team recently launched intriguing posters of Kamal Haasan is his new Senapathy attire along with the entire list of the cast and crew. The project officially went on floors on the 18th of January and this mega-budget venture is bankrolled by Lyca Productions. Kajal Aggarwal is set to play the female lead in the film and word has it that trending actor Arya is likely to join this project to play a crucial role. If that is true, it will be the first time the actor will be joining hands with Kamal Haasan and director Shankar. Anirudh Ravichandar is composing the music for this project and famous art director Muthuraj will be the art director for this biggie!

It was earlier reported that principal photography was supposed to commence from the 18th of January and due to certain reasons the shooting was stalled. Speculation is that director Shankar has put the shoot on hold since he is not entirely satisfied with the makeup for Kamal's aging character in the film. While there was no official update as to why the shooting was really stalled, sources close to us have revealed that Shankar has put the schedule on hold since there is a delay in the set work for the shoot. It is well known that director Shankar gives major importance to locations and set designing which definitely makes his films stand out from the ordinary. We hear the shooting is set to resume from the 10th of February. It is to be noted that art director Muthuraj is also currently working on Thalapathy 63 directed by Atlee.