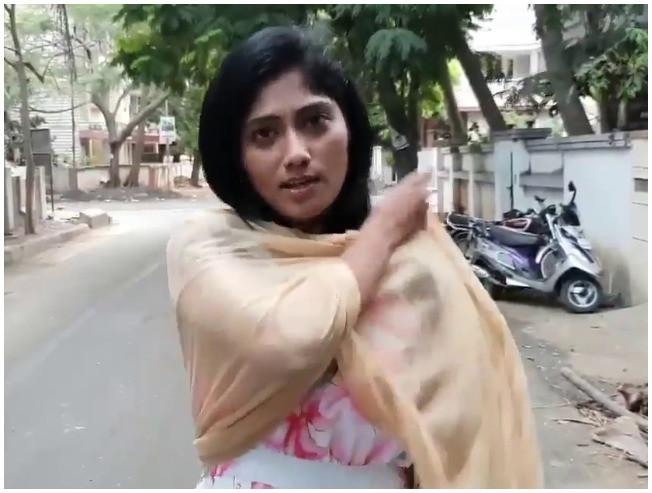 All set for a release tomorrow (March 22), the action crime thriller film, Agni Devi, starring Bobby Simha, Madhubala Raghunath, Remya Nambeesan, Sathish, Livingston among others has been directed by the director duo JPR and Sham Surya. 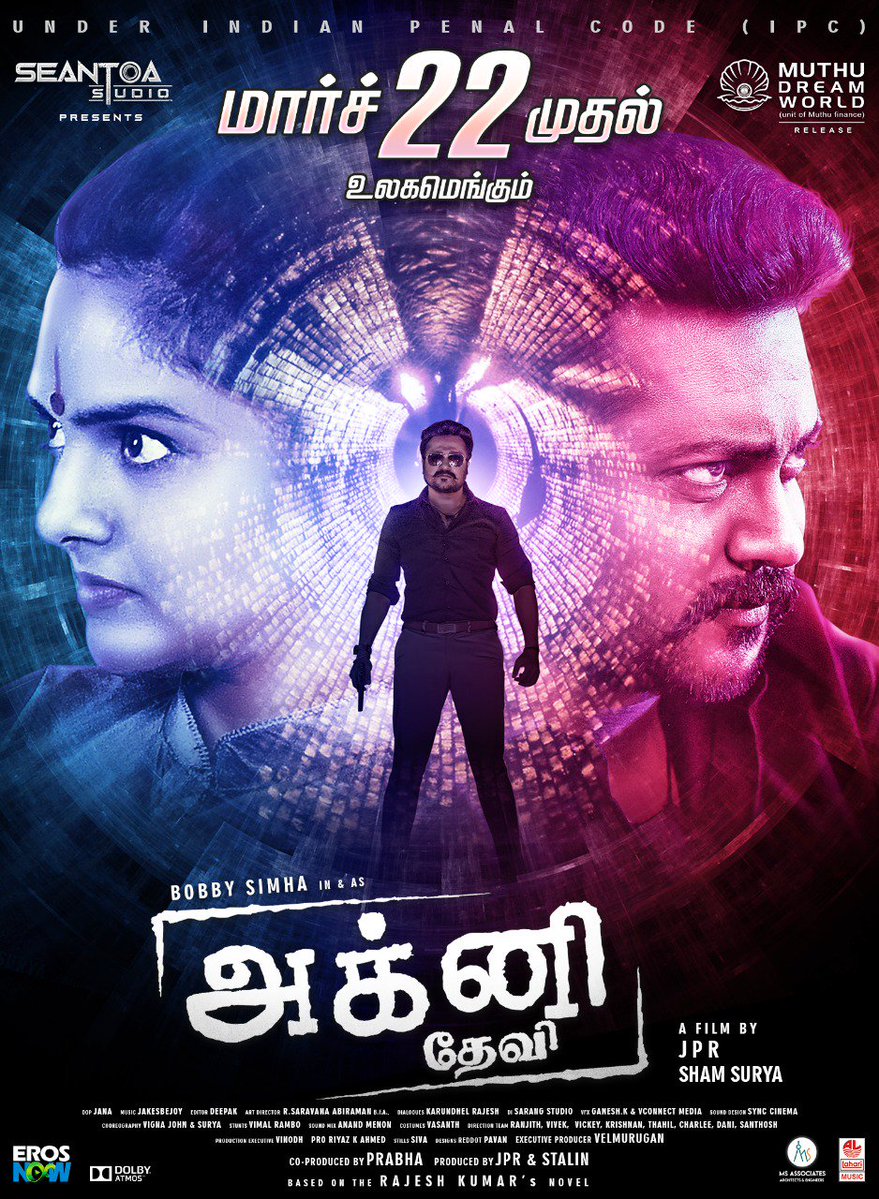 Two trailers for Agni Devi have been released so far with the response for them being quite positive and fans are now expecting a thrilling ride in theatres. 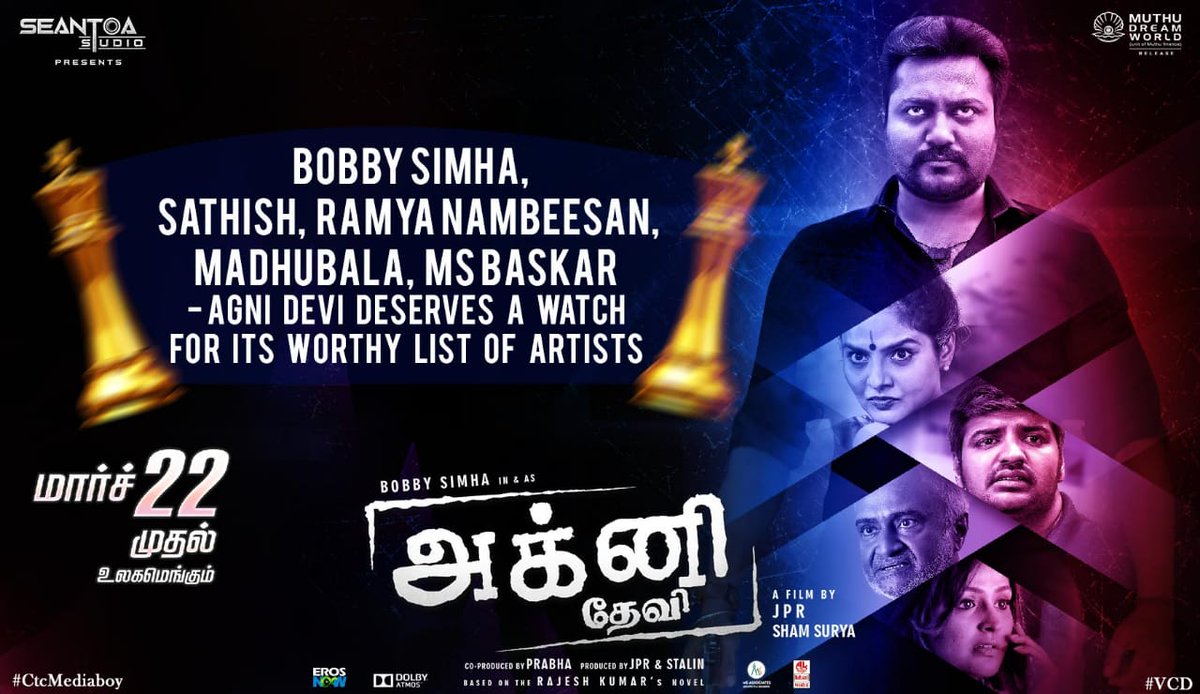 Featuring music by Jakes Bejoy and coming out under the Seantoa Studio banner, a new sneak peek video has been released for Agni Devi, based on popular Tamil writer Rajesh Kumar's novel with the film getting certified with a ‘U/A’ certificate.

It must be noted the Agni Devi sneak peek video featured on Bobby Simha, Remya Nambeesan, Sathish, Livingston shows them in discussion while Bigg Boss fame Julie is being displayed on their TV screen, which can be watched below:

People looking for online information on ,Rekhashri,Sijubala,Lipson,KK will find this news story useful.