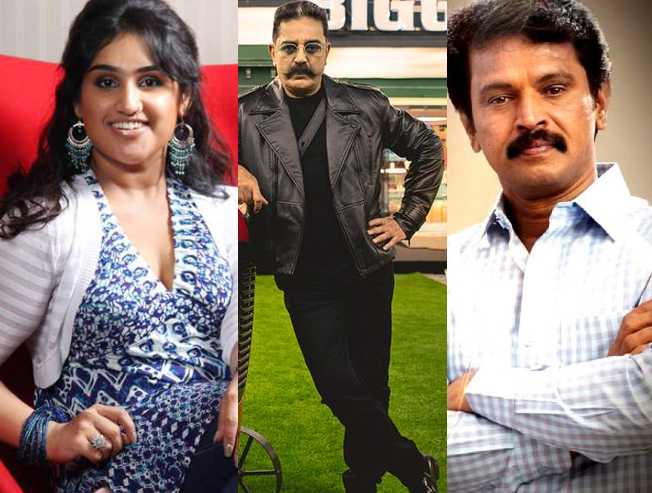 The first two seasons of Bigg Boss Tamil, hosted by Kamal Haasan, was a grand success. The young model turned actor Arav was the title winner of the first season, while it was Madras fame actress Riythvika who clinched the title in the second. Many names have become so popular and famous post Bigg Boss and it helps in that way. There is also an equal amount of risk factor in projecting your characteristics in a bad light as situations might put you through it. Few names have earned bad name too, through the show.

This television show, which owns a great TRP, will kickstart its third season from tomorrow (June 23) at 8 PM on Star Vijay channel. As always, Ulaganayagan Kamal Haasan will do the honours of hosting this show. The names have always been speculated right from the announcement of the third season.

We will get to know the official list tomorrow night during the telecast. However, we have got the list of the participants who have already entered the Bigg Boss house this time. Yes, the contestants were sent into the house this evening (June 22) around 6 PM and the shooting also kickstarted in style. We have got the list from our close sources and if you want to know it before the telecast, check it out here. The list is definitely interesting and exciting. It has some fresh and controversial names too. Check it out:


One or two names might come as an addition or a replacement and for that, we will have to wait until tomorrow night. We hope you've seen the list now. Get ready to catch it on the television.