"Amala Paul will do anything for money" - Aadai Controversy 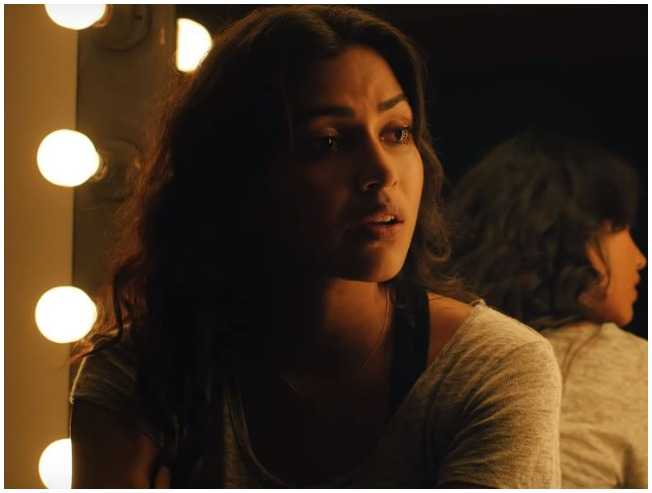 Amala Paul’s upcoming film, Aadai, which was given an ‘A’ certificate by the censor board is releasing in theatres worldwide starting tomorrow (July 19) and is carrying huge expectations. Directed by Meyaadha Maan fame Rathna Kumar, the film’s bold teaser released sometime back followed by an intense trailer have received a tremendous response from fans. The Aadai teaser especially set the entire town talking after it showed Amala Paul in a daring and naked pose with director Rathna Kumar stating the role is tailor-made for the star actress while labeling the film to be “arrogant, audacious and artistic”.

Aadai has been talked about quite a lot right from the time when the film’s first look poster was released last year and a group headed by Anaithu Makkal Arasiyal Katchi’s Rajeswari Priya has now filed a case against the film. Speaking with the press, she stated, "A petition has been submitted to the Director General of Police to stop promotions of the film with the use of Amala Paul’s naked scene pictures in posters and other forms of media. Even if their storyline is written with a good intention, there is no necessity to continue promoting the specific scene on a regular basis. Amala Paul has established herself as a credible actress in Tamil cinema over the years and this one film will get her recognition across the world. Since she is from another state, it is obvious she will be unfamiliar with our culture and traditions. In such circumstances, she will be doing films under a business perspective and will do anything for money,".

When asked whether she and their group are opposing the scenes to be shown in theatres as well, Rajeswari Priya stated, "The Censor Board has cleared the film and adults can choose to watch it. But, to promote the material on TV and newspapers will be seen by children as well, who shouldn’t be spoon-fed with such content,".  She also added saying, "There are so many things around us that are putting our culture in a bad light such as Tik Tok and the reality TV show, Bigg Boss, in which we are seeing the contestants are dressed in a bad manner".