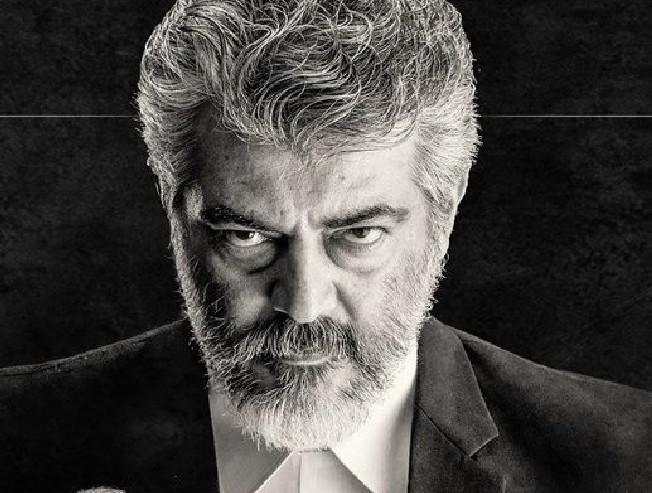 Thala Ajith's Nerkonda Paarvai is currently in the post production stages and the film will hit the screens on August 10, 2019. The film has got some sky high expectations among Thala fans and cinema followers as it is expected to be an intense film that would showcase Ajith in a different dimension altogether. He shares screen space with an ensemble of actors that include Vidya Balan, Shraddha Srinath, Rangaraj Pandey, Adhik Ravichandran, Abhirami Venkatachalam and few others.

Directed by H Vinoth and produced by Boney Kapoor, Nerkonda Paarvai has music scored by Yuvan Shankar Raja and cinematography by Nirav Shah. Recently, producer Boney Kapoor shared his excitement after watching the rushes of Nerkonda Paarvai and praised actor Ajith for his intense performance.

In addition, Boney put out a request to Ajith asking him to do a Bollywood action film and also said that he has pitched three scripts to him already. Adhik Ravichandran replied to Boney's tweet and said that the audience will witness a whole new Ajith in this film. He tweeted, "#ThalaAjith Sir on beast mode... Total intense can’t wait #NerkondaPaarvai".

On the directorial front, he has two films, Kadhalai Thedi Nithyanandha, a fantasy romantic comedy with G.V.Prakash and an untitled project with Prabhu Deva and Amyra Dastur. Both these films are in different stages of production and he is expected to start works on this soon.