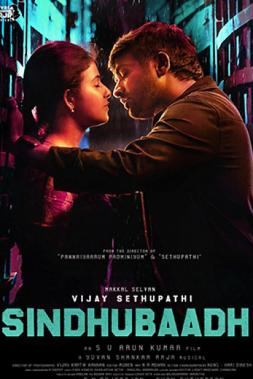 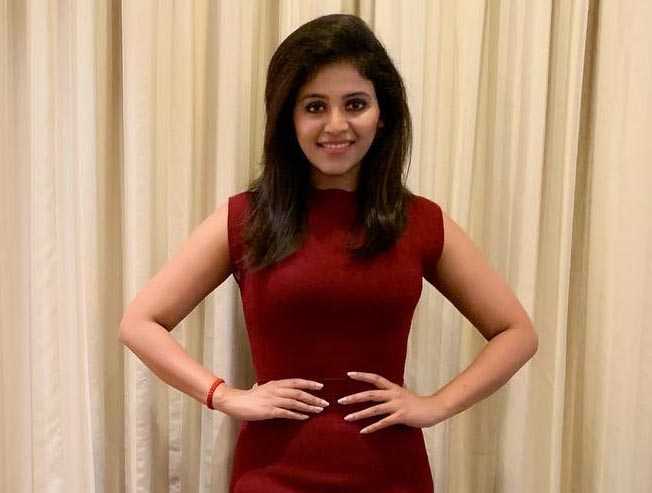 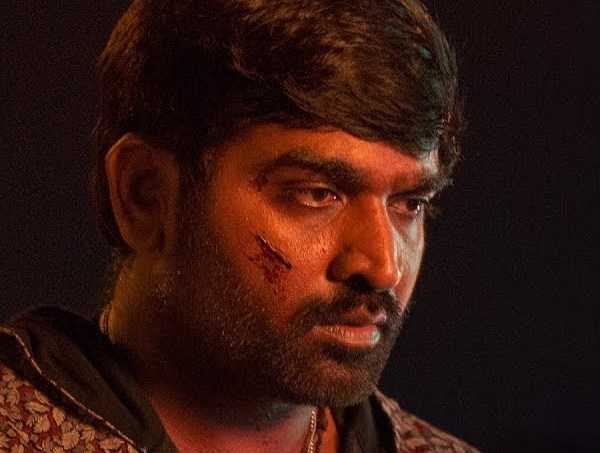 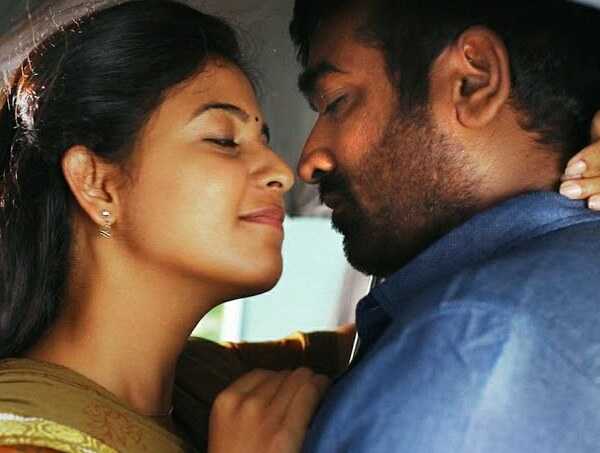 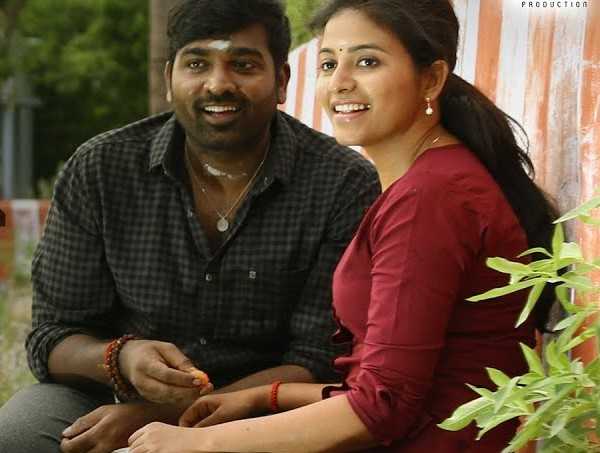 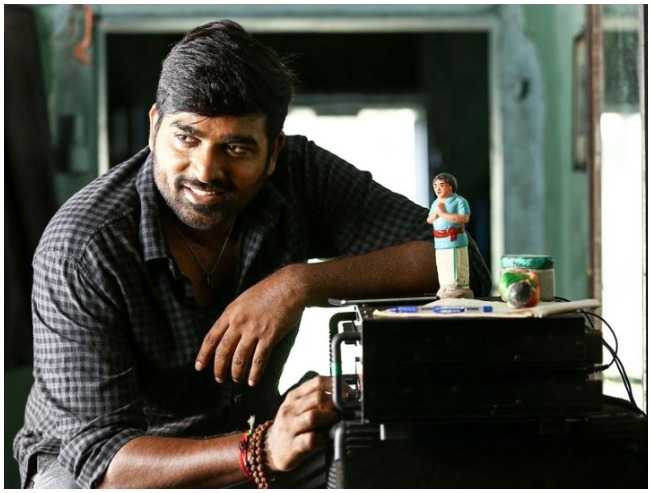 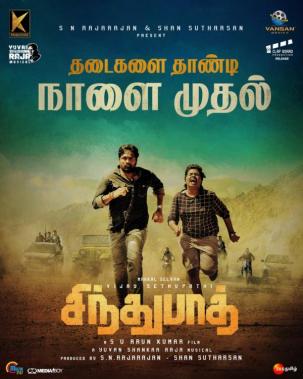 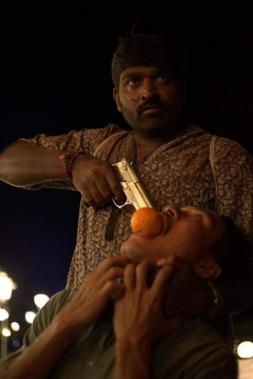 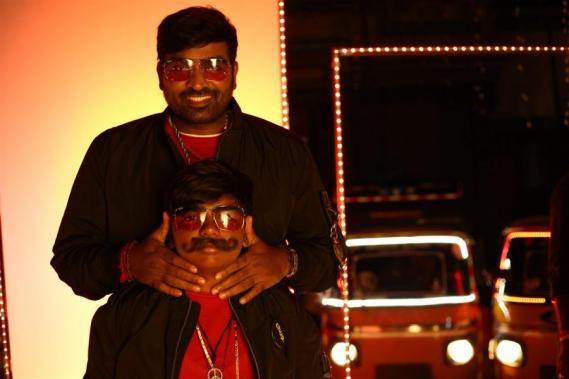 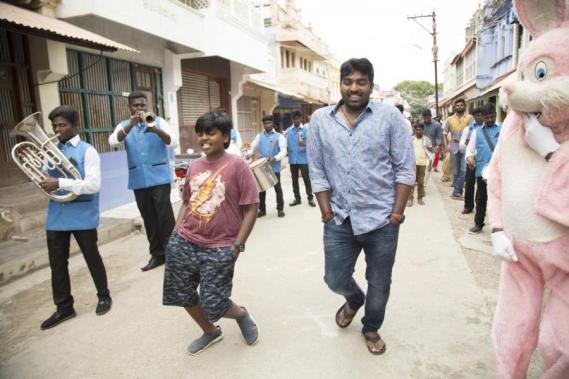 Sindhubaadh is the travel of Thiru (Vijay Sethupathi) in search of Vaembu (Anjali), his newly married wife, who has been kidnapped and taken to a remote place in Thailand. Thiru is accompanied by a young boy - Super (Surya Vijay Sethupathi), in this journey. Why the villains kidnapped Vaembu and if she was saved by her husband, form the rest of the plot.

Sindhubaadh is an action entertainer that mainly focuses on the heroic aspect of a star and doesn’t have a gripping story to drive forward. The first half is pretty much interesting and that chips in for the engagement factor. Despite lacking believability, the love track in Sindhubaadh is quite enjoyable for the lively performances from the lead actors. Vijay Sethupathi’s ‘romantic look’ is one of the light-hearted moments, which leaves the audience in smiles. The chemistry between the lead couple is heartening and that stands out as one of the positives of the film.

The thought process behind a few scenes, such as the politician's house theft and drum rolling between two buildings, are very interesting. Also, introducing the concept of skin trafficking to the Tamil audience was definitely fresh and that bought in a different angle. The infusion of ‘Thevayanadhu mattum kekkum; theva illadhadhu kekkaadhu’ was enjoyable. The bromance between Vijay Sethupathi and Surya looked heartwarming on the big screen.

On the flipside, the cinematic treatment in the second half is over exposed. The drama becomes a predictable affair after the establishment of the conflict. The emotions, which are usually the major strength of director Arun Kumar, doesn’t look strong in Sindhubaadh. Only a handful of scenes work on the emotional aspect. The over-exaggerated stunts alienate the audience from the characters. It doesn’t look believable to see a boy-next-door character in the first half, turning into a larger-than-life hero in the latter half.

There are no clap-worthy moments or any twist that could take you by surprise. The flow of the scenes follow the grammar of a typical action film and that causes the predictability. The villain doesn’t really pose a threat, despite having a terrorizing build up. The foreign sequences are where the film faces a major dip.

Vijay Sethupathi aces his role with a justifiable act and he brings a sense of freshness with his performance. Also, the Makkal Selvan has been good with the stunts too, in Sindhubaadh. Anjali is fun on screen, thanks to her light-hearted portrayal. At the same time, she also emotes impactfully in the intense scenes, in the second half. Surya has got a meaty role to do and the newbie is very impressive. One would want to see more of him in the coming days. Lingaa is okay as the antagonist but doesn’t create a major impact, due to some weak characterisation. George Maryan and Vivek Prasanna deliver their best with the limited screen-time that they get.

Yuvan Shankar Raja’s background music is pretty much supportive of the film, especially the main theme track. 'Rockstar Robber' and 'Nenja Unakaga' songs are enjoyable, both aurally and visually. Vijay Kartik Kannan’s visuals is one of the major positives of Sindhubaadh. The visual colour tone used is very fresh and pleasing to the eyes. One would definitely not forget the close to 10 minutes single shot sequence that comes in the pre-climax. The camera moves all around the godown without any cuts and kudos to the entire team for executing that scene with conviction. The lighting pattern is also impressive.

Ruben’s cuts are neat and go with the flow. Director S.U. Arun Kumar’s magic of beautiful emotions and interestingly staged scenes are missing in Sindhubaadh. Had he concentrated more on the Thailand - Combodia portions, the overall impact of the film could have been compelling and we would have gotten a completely satisfying action entertainer.