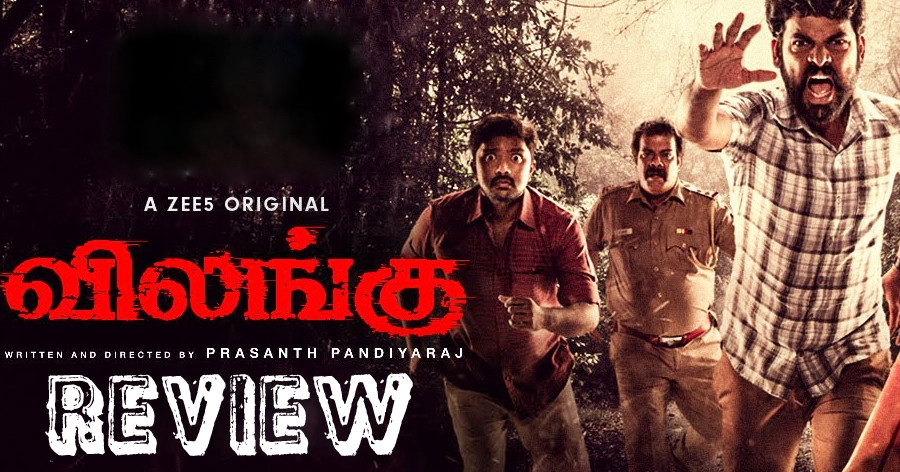 Vemal, who hasn't tasted success in the last few years, has ventured into the digital space with Vilangu, the latest Tamil web series to have come out on the Zee 5 streaming platform. Vilangu is directed by Prasanth Pandiyaraj who had a forgettable debut with Bruce Lee. Vilangu stars Vemal, Bala Saravanan, Munishkanth, SS Chakravarthy, late RNR Manohar, Ineya, Reshma Pasupuleti, and others and has music composed by Ajesh.

STORY:
Paridhi (Vemal), a sub-inspector at the Vembur Police Station, in the outskirts of Trichy, is unable to balance his personal and professional life and it is the latter that consumes most of his time. A jewellery theft in a house, a decomposed dead body without a head, a cold-blooded murder - all three crimes that happen back to back, fall under the Vembur Police jurisdiction and the crimes are being investigated by Paridhi and his team of Police officers including Karuppu (Balasaravanan), Uthaman (Munishkanth), and others. As they set out to find the killer, they are welcomed by a series of unexpected events. Who is responsible for the murders that happened in the village and what was the final outcome of the police investigation? Watch the series to know!

SCREENPLAY, DIALOGUES, & DIRECTION:
Vilangu is a serious mystery crime drama majorly set in and around a police station. Director Prasanth Pandiyaraj does take his own sweet time to get to the point, but once the proceedings kickstart, we have something interesting happening one after another. The entire first episode is spent establishing the characters and the landscape and only towards the end of the first episode, the series touches a high. The episodic treatment, ending each segment with a high or a cliffhanger is well thought out - credits to Prasanth Pandiyaraj and the team for the same. The fifth episode stands out with some unexpected twists and brilliantly staged sequences.

The writing of the antagonist character is a job well done. Director Prasanth doesn't justify the crimes committed by him but instead tells what made him become psychic. When you have an intriguing villain in your script with a brilliant character arc, that itself will lead you towards a safe landing and Vilangu is no exception. Vilangu is majorly a well-made and engaging series that keeps you glued.

The series does have its own share of issues as well, with one of them being overly done custodial violence scenes. It is understandable that the Police use only custodial violence to bring out the answers from the accused, but the scenes are disturbing and definitely could've been cut short. Each episode has at least one scene of that sort and one isn't sure if that was needed. It looks like the makers were inspired by films like Visaranai and Jai Bhim and the real-life custodial violence incidents.Considering the inconsistencies in the screenplay initially, the writing in the first 3 episodes could have been done in a refreshing manner. The drama in finding out the killer is flat at places as the protagonist manages to comfortably head to the end.

The only tool that Paridhi seems to have in making the antagonist accept his crimes is his humane behaviour and there is nothing else at all. The family sentiment angle doesn't really lend a helping hand and it hinders the pace, as well.

Though there are certain downers, the series majorly succeeds in what it intends to do - Engage. Yes! Vilangu keeps you engrossed with its well-written and executed moments.

CAST:
Vemal puts out a restrained performance that is calm and subtle for the entire part. While this is quite understandable for the character that he plays, a series of this intensity demands a more expressive protagonist. However, his earnestness in playing Paridhi is impressive. The surprise package of Vilangu will easily be Balasaravanan who is terrific as the rough and angry Karuppu. Having seen him in comic roles in all these years, this one is a welcome changeover and he does it in a convincing manner. Munishkanth, SS Chakravarthy and RNR Manohar do their respective roles without any major complaints. The actor who played Kicha is a brilliant find and it is his performance that keeps the audience intrigued. He comfortably shifts his body language with ease. Ineya and Reshma are good in the short screen time that they get.

TECHNICAL:
Ajesh's background music adds more intensity to the scenes, having an eerie and dark mood to it. Dinesh Purushothaman's visuals are brilliant, especially the long takes inside the police station. The visuals manage to take us to the village, establishing the landscape quite realistically. Ganesh Siva's cuts help in keeping the momentum going.

SO?
Vilangu is truly a comeback of sorts for Vemal and director Prasanth Pandiyaraj!

Verdict Vilangu is an intriguing mystery crime thriller that is racy and gripping, backed by some great performances!